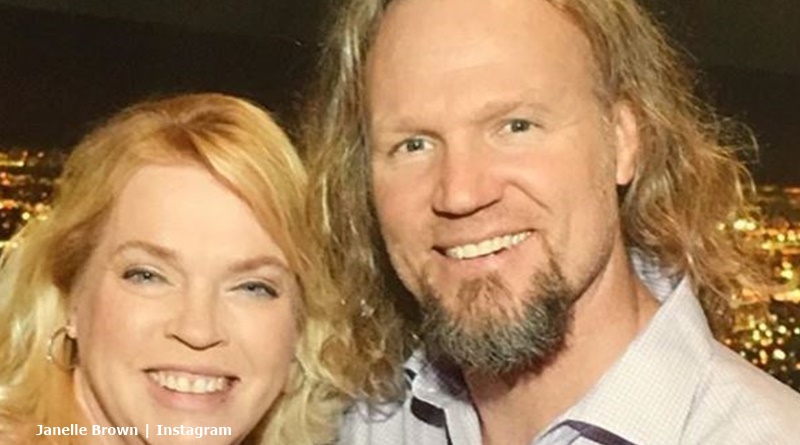 Janelle Brown loves getting out in the beautiful high country areas around Flagstaff. She often shares about her adventures with nature these days. So, when Mars sailed close to Earth on its orbit, she shared about it. And, lots of her fans talked with her about star gazing.

Janelle Brown and family gaze at the night sky

We reported that this week, news came that Garrison Brown took up photography as a hobby. And, he seems very good at taking night sky shots. In fact, he captured a really good photo of Comet NEOWISE in late July. Plus, his other photos of scenic landscapes suggest that he and Janelle share a common love for nature. Of course, Arizona’s famous for a destination if you’re into star-gazing like Garrison and his mom Janelle.

Janelle Brown posted up a photo on October 14 and revealed the Sister Wives‘ family went out into the wild. There, they ate some pizza as they waited for the dark. Janelle captioned her post with, “A little blurry as my phone is on slow exposure for the dark.” Then, she explained that they “tailgate” a “Mars rise.” She added, “Apparently tonight it’s the brightest it will be during its current “close” pass by earth. Close being relative, of course. It did not disappoint – rising over the mountain with a beautiful red tint.”

Kody Brown and his family selected the perfect state when they moved to Arizona. That’s if you love star gazing, anyway. AZ Central explained that  many parts of Arizona are known for clear and dark skies. So the state’s one of the best places for viewing “the Milky Way and planets like Jupiter and Saturn.” And obviously, Mars rising. As the lights from town hide the stars in cities, many people don’t see much at all. But, Flagstaff requires just a short drive out of town for the best star gazing opportunities.

One fan said to Janelle Brown, “I bet it was absolutely gorgeous, wish I was able to see beautiful things like that when I’m at home however living in the city you don’t get to see stuff like that. However, when we go to our camp in Mississippi I love sitting outside just staring at the stars.” Other fans who live in the area asked Janelle about the details of Mars rising. So, she referred them to Google.

A little blurry as my phone is on slow exposure for the dark. We are tailgating watching Mars rise. Apparently tonight it’s the brightest it will be during its current “close” pass by earth. Close being relative of course. It did not disappoint- rising over the mountain with a beautiful red tint.

At the moment, you can spot Mars rising with binoculars. But, as one said, a telescope makes a much better experience. They wrote, “My Husband set up our telescope, We not only saw Mars but Four of her beautiful moons. If you get the chance, view Mars through a telescope. Beautiful this time of year.” But other fans, unaware of the celestial event said they’d “rush outside,” and go “take a look.”

Mars is still around, so if you didn’t check it out like Janelle Brown, then keep an eye out on the night sky if you’re lucky enough to live outside of a huge metropolitan area.