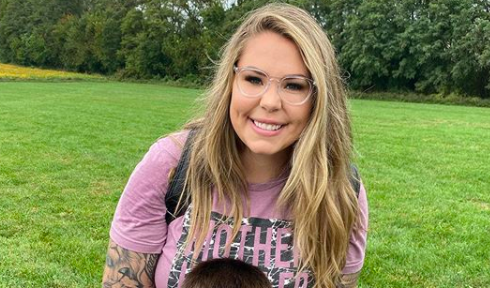 Teen Mom 2 star Kailyn Lowry is making a major claim against her ex-husband, Javi Marroquin. She says he asked her for sex while engaged to the mother of his youngest son, Lauren Comeau.

Kailyn Lowry dropped the bombshell of an accusation during a sneak peek of this week’s episode of Teen Mom 2. Apparently, Kailyn’s ex Javi was trying to weasel out of driving all the way to Kail’s town to pick up their shared son. This behavior from Javi pushed Kail too far. She was so angry that she spilled the tea!

According to InTouch Weekly, Kailyn accused Javi of trying “to f–k me on Tuesday in the Wawa parking lot while your girlfriend’s home with your son.”

Allegedly, the situation went down with Javi pulling into the Wawa parking when Kailyn was getting gas. She went on to say he simply opened his car door and said, “I want to f–k you, plain and simple.” Kailyn went on to say she denied him.

However, it seems her feelings have changed since late August when she was busy defending her children’s fathers to her Instagram followers.

An Instagram user tried to jab Kailyn Lowry by posting, “Poor babies, 4 men, but not one father. #birthcontrol.” But, Kailyn stood up for her baby daddies’ reputations saying, “Just because I’m not with their dads doesn’t mean they’re not present.”

Maybe Kailyn Lowry’s followers were right about at least one of her children’s dads.

More issues between Kailyn and Javi

The falling out between Javi and Kail began with her new drop-off and pick-up plan for her older sons, Issac and Lincoln. Kail explained that she asked the two fathers of her oldest sons if they could drive to meet her halfway between where they live in Dover, Delaware, and Kail’s town of Middletown, Delaware. The two locations are only about 30 minutes apart. She said they both agreed. But on the day of the drop-offs, Javi started drama.

Javi attempted to get Kail to drive their son all the way instead because he claimed she was being mean to him and his fiancé Lauren.

Check out tonight’s newest episode of Teen Mom 2 at 8 p.m. to see the rest of the drama!

What do you think of Kailyn Lowry’s claims that Javi wanted to get physical with her? Let us know what you think in the comments below. Be sure to watch new episodes of Teen Mom 2 Tuesdays on MTV at 8 p.m. ET.

Jill Dillard Shows Off Her Garden – Does She Have A Green Thumb?
Kaitlyn Bristowe Reveals All Past Plastic Surgery Procedures
‘Fat Amy’ Is Out, Amy Halterman Identifies As Skinny Now: See Photos
Lindsie Chrisley Snubs Todd On Father’s Day 2021
Is Lifetime’s ‘Secrets Of A Marine’s Wife’ Based On A True Story?