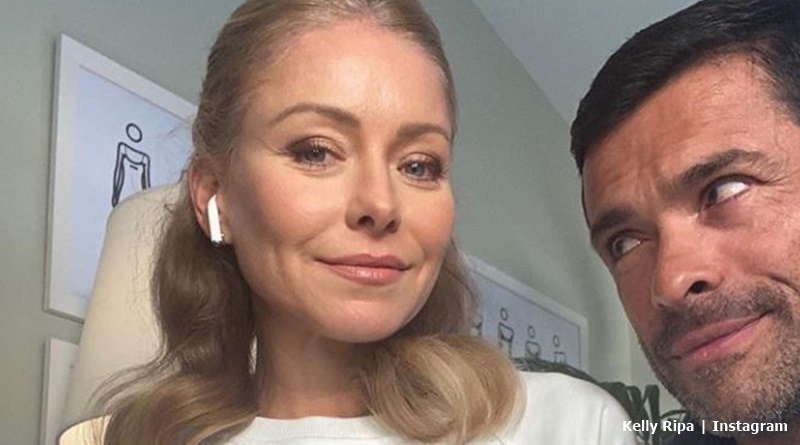 Kelly Ripa, the All My Children alum and co-host on the Kelly & Ryan show turned 50 years old recently. But, she feels not much older than she ever felt. In fact, she thinks that she stopped “aging emotionally.” So, hitting the big 50 mark doesn’t worry her much.

We reported that “despite her huge success as a talk show host, Kelly is never afraid to show her roots. Her soap roots OR her grey hair roots during the quarantine.” People seem amazed at that. After all, most stars seem to try hard at looking younger as they grow older. But Kelly’s just Kelly, as she still feels much the same on the inside. Plus, she comes over as seemingly ageless personality-wise.

Now she turned 50, Parade asked her how she feels about the milestone. Kelly Ripa told them that she thinks people stop “aging emotionally” at some stage of their lives. So, she feels much like she did “10 years ago.” Actually, lots of people who grow older claim the same thing. You might hear your own parents say they still feel 25 or 30 years old on the inside. So, maybe it’s true. We checked it out.

20 years younger than their age

The Conversation cited some interesting studies about how people often feel younger than their age. And, it even applies to old people with “multiple health issues.” In fact, as people age, they typically express that they feel up to 20 years younger than they are. Surprisingly enough, when it comes to feeling “young inside, “a young person often feels older than their age. But, as they grow older, they feel younger.

65 to 95-year-olds talked about it. And, most of them only felt about 50 inside. So, clearly, if Kelly Ripa thinks she stopped “aging emotionally,” she’s on the right track. Only about 10 percent of people feel like their bodily age. And, women seem more prone to feeling younger the older they grow. But the downside seems related to dealing with health professionals and care workers. After all, grandma might wish to hop on a motorbike and travel the world. Meanwhile, the doctor stresses because she forgets her medication.

On her birthday, Kelly Ripa posted up on her Instagram. She writes, “thank you! Yes you, and everyone who made me feel so loved. I am 50. There. I said it 😂🎂🎁🎉🎈.” She laughed when a fan responded by writing, “Happy Second 25th Birthday!” But, now we know that inside, she probably feels about that age. And anyway, these days 50’s the new 30s, so they say.

What do you think of all this? Like Kelly Ripa, did you stop aging emotionally? Sound off in the comments below.