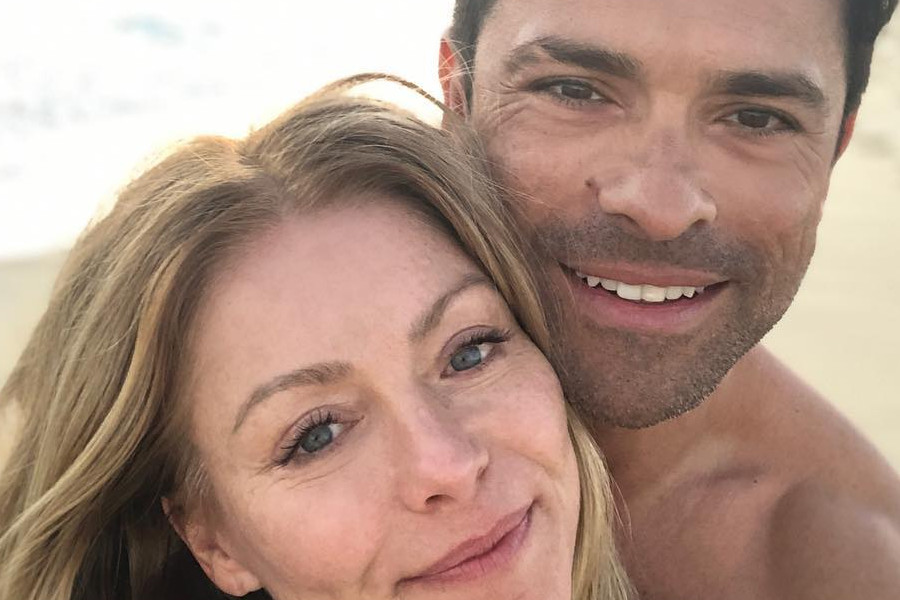 A lot of former soap stars move on to bigger and better things and never look back. In fact, many movie stars refuse to even acknowledge their soap opera roots. This is not so for All My Children alum Kelly Ripa.

She’s come a long way from Pine Valley. As fans know, Kelly is now the co-host of Live! With Kelly and Ryan. In fact, she gets top billing over Ryan Seacrest.

Despite her huge success as a talk show host, Kelly is never afraid to show her roots. Her soap roots OR her grey hair roots during quarantine.

She gladly took part in Entertainment Weekly’s All My Children #UnitedAtHome reunion.

Actress Joined All My Children When She Was 20

Kelly joined All My Children in 1990 as Hayley Vaughan. The aspiring actress was just 20-years-old at the time. The character of Hayley was the daughter of legacy character, Adam Chandler.

While Hayley later became an upstanding citizen of Pine Valley, she came to town as a punk rock teenager with black hair and an attitude. Check out Kelly’s first scene on the iconic daytime soap.

As Hayley, Kelly had numerous leading men vying for her character’s heart. However, she reveals on the #UnitedAtHome All My Children reunion that now-husband Mark Consuelous had her heart from the first time they met.

Mark joined the show in 1995 as Mateo Santos.

Kelly and Mark began to date on the down-low as their characters dated on-screen. The couple eventually took off to Vegas to marry in 1996.

Their seemingly abrupt elopement caused quite the scandal in the soap opera world. Remember, back in 1996, social media wasn’t a thing. In fact, entertainment magazines were released just once a week.

Mark and Kelly, along with their characters, left All My Children and Pine Valley in 2002.

Kelly joined Live! With Regis in 2001. The show transitioned to Live! With Kelly after Regis Philbin retired in 2011. Ryan Seacrest took over as co-host in 2017.

Santos Family Reunion on #UnitedAtHome All My Children Reunion

In addition to Mark and Kelly, some of the other Santos family members from All My Children take part in the reunion. Eva LaRue (Maria) and Sydney Penny (Julia) rounded out the first episode participants.

Eva LaRue is the ex-wife of popular All My Children actor John Callahan who passed away last month. The four stars paid tribute to him by sharing behind-the-scenes stories.

See a complete list of AMC alum taking part in the reunion here.

You can watch the full reunion episodes on EW’s website or People TV. New episodes drop every day at 10 a.m. Eastern time, with a two-episode reunion finale to air on Friday, May 29.