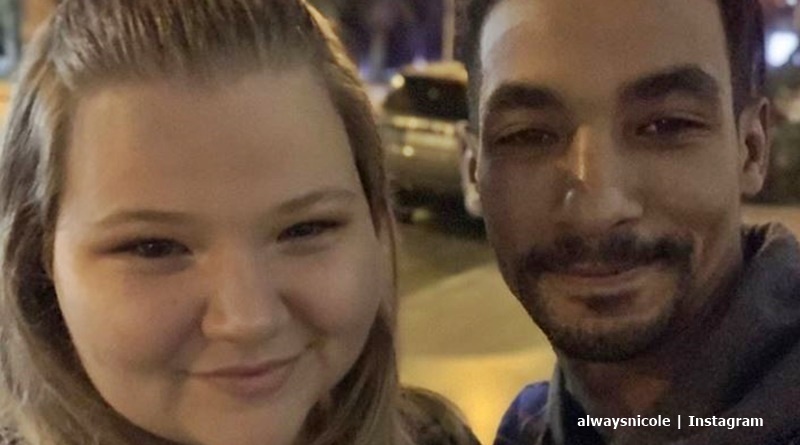 90 Day Fiance fans saw Azan and Nicole Nafziger on the TLC show for a long time. But then, she left the show and TLC doesn’t feature her anymore. Mind you, she said that they’re open to more if something changes in their relationship. And, fans think there simply isn’t a relationship anyway. Now, they grow fed-up with all her evasiveness and want some straight answers.

90 Day Fiance – No NDA for Nicole, so why all the intrigue?

Nicole insists that she and Azan are still together and they have a relationship. But notably, he never posts about her on his Instagram. We reported that in a Q&A she just explained that not everyone likes sharing photos with strangers. And she said, “As long as he shows it to me, that’s what matters.” But their entire storyline on TLC seemed fabricated. Always in love, she ran after him. And, not looking happy, Azan avoided her. But, she persists in claiming they have a wonderful relationship.

Well, 90 Day Fiance fans think that if that’s the case, there’s no reason for TLC not to film them again. In the same Q&A, she said that they choose not to film for TLC. And, fans find that hard to swallow. Plenty of them even disbelieve that she ever went to Morocco during COVID-19. But the main thing that irks fans, is the fact that she stopped filming some time back. So, why maintain all the intrigue, or even deception about them? After all, her NDA probably expired by now.

A few weeks ago, Nicole posted up a photo of herself with Azan. It’s always hard knowing if the pictures she shares are recent or old. And fans find that frustrating. Irritated, one very fed-up fan commented, “you guys still engaged or together or what? d–n let us know, i doubt you’re still under TLCs contract bc you or azan never returned to the d–n show 🙄.” While some fans defended Nicole, others also expressed their similar sentiments.

Nicole once again claimed they are still in a relationship. But one 90 Day Fiance fan also questioned that. They said, “I think he’s handsome and apparently also married. She’s just desperate and believes anything he says.” And then, another person told Nicole, “How long are you going to let this guy jerk you around? Find a nice guy in Florida, there are a few left.”

Actually, those fed-up skeptics could be excused for thinking something’s fishy. TLC expands its empire right now. If Azana and Nicole really had something going, they’d be an obvious couple for a 90 Day Fiance spin-off, after all. Do you agree? Sound off your thoughts in the comments below.