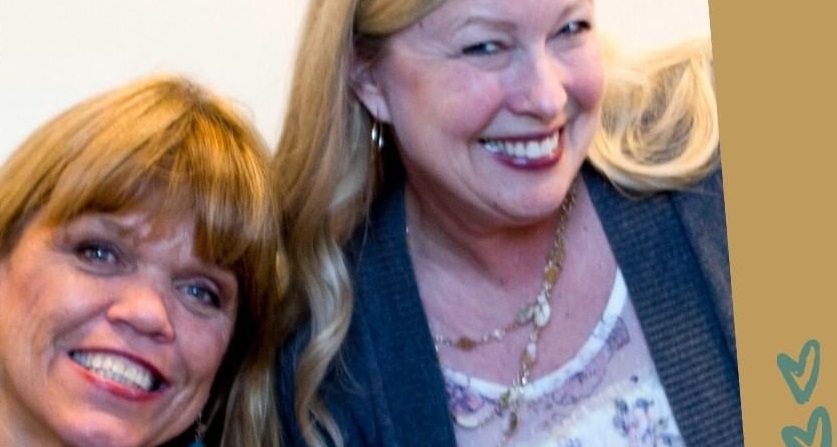 Amy Roloff went live on Instagram and Facebook a few days ago. She was joined by her friend Lisa Dixon. As those who follow the Little People, Big World star know, Lisa frequently joins her live streams. Unfortunately, the first four to six minutes (depending on what platform you are viewing on) were a little painful and awkward to watch. Why? Well, technology does not appear to be Amy’s strong suit.

Once she gets Lisa connected to the Instagram Live, she immediately heads over to Facebook to go Live. After going live, she proceeds to try to figure out how to add Lisa to the Facebook Live as well. She, however, quickly realizes that isn’t her only issue. She also can’t hear her friend.

Viewers can see Lisa waving and speaking on the screen on Instagram trying to get Amy’s attention. On Facebook, viewers were able to hear Lisa at this point. But, we couldn’t see her. Amy continues to struggle to add Lisa to the Facebook Live. And, she becomes frustrated that she also can’t hear her.

Eventually they work out the kinks, but the TLC star needs a minute.

Once the awkward struggle with technology concludes, Amy Roloff admits she needs a minute. They do end up having to play with the volume some more because they discover they have a weird background echo making it hard to hear each other. But, they make some adjustments and then things are alright.

Amy Roloff jokes that by the time she gets going live with a guest on Facebook and Instagram figured out, the way it works will change. And, she’ll be forced to learn something new. Her friend Lisa admitted they were trying to set something up to go live on Facebook, YouTube, and Instagram at the same time. But, they couldn’t figure out how to get the app to do that to work.

Lisa explained they were just using two different devices to go live on Facebook and Instagram because they couldn’t figure out the apps to make it possible to go live multiple places from the same device.

Five to six minutes into the broadcast, Amy Roloff and Lisa were ready to chat with fans.