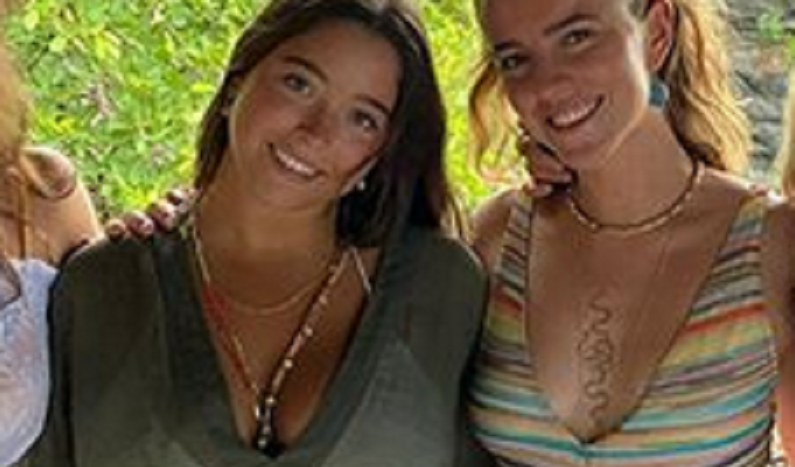 Kelly Ripa’s daughter, Lola Consuelos, is very private on social media. She rarely posts on her Instagram account. She doesn’t even have a profile picture. Some fans may mistake it as a fake social media profile even though it has a blue checkmark.

However, on Sunday, October 11, the 19-year-old posted her first-ever selfie. Lola was feeling her look, so she decided to share it with her followers. The youngest daughter of Kelly Ripa and Mark Consuelos quietly posted the photo. But she didn’t post it to her Instagram feed.

She shared it on her Instagram Stories, which will disappear in about 24 hours. Check out Lola’s stunning selfie.

She posted her first-ever selfie in months. In the photo, Lola Consuelos shared a sideways mirror selfie, which appeared dirty. But the specks could be because of the filter she used. Lola had a serious expression on her face as she showed off her beige jacket, which she paired with a black shirt.

Her big return to social media comes after Kelly Ripa threatened to pose naked on her birthday. The Live With Kelly and Ryan co-host threatened her daughter. As per The Blast, she sent Lola a text message that included a link to a news story that talked about Gwyneth Paltrow posing in the buff.

Lola immediately responded to her mom. “Oh lord … Honey … Do u what u want,” she fired to her mom. “Just Know … That I have a birthday also. And an Instagram.” Lola made it clear that she could do the same as well.

Unlike most celebrity kids, Lola is very private on social media. But every so often, she will post a selfie before deleting it and disappearing again. Earlier this year, she reactivated her Instagram account and shared a selfie of herself in a baby blue cardigan and black leather pants. Fans flocked to Lola’s post to comment that she looked “stunning.” While Lola felt cute in that moment, she later deleted it.

Just a few days ago, Lola Consuelos stunned fans when she wore a white sundress in a throwback photo. Meanwhile, her 50-year-old mother opted for both casual and glam looks. Her mom famously posted a birthday tribute to her personal assistant, Lauren Travaglione. Kelly shared a series of 10 photos that included intimate photos with her own family, as well as her working family.

In one of the shots, the personal assistant wore a red-and-white striped sweater as she embraced Lola. The NYU student wore a white sundress that featured ruffles on the shoulder straps. Lola accessorized her look with a statement necklace and a gold cuff bracelet. In the caption, Kelly professed her “love” for Lauren, including a series of heart emojis.