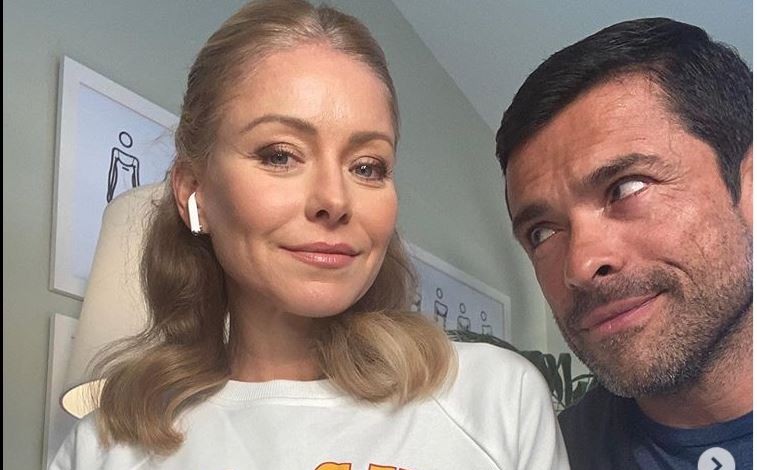 Kelly Ripa and her daughter have an incredible relationship. So much so they have no problems joking around with each other. Gwyneth Paltrow celebrated her 48th birthday with a bang and it’s making the internet rounds. She posed nude by a tree for her big day to show that she’s still got it. Kelly seems to think Gwyneth’s idea was pretty great.

The Live With Kelly and Ryan host went to Instagram Monday to share a hilarious text conversation. Entertainment Tonight had all the juicy details. The text was between her and her daughter Lola Consuelos. Kelly sent the article featuring Gwyneth’s nude photo to her daughter. And, the article also shared Gwyneth’s daughter Apple’s not so impressed response of “MOM.”

Kelly is getting geared up to celebrate the big 50 this coming Friday. So, she sent the article to Lola and said,  “You’ve been warned.” Lola, who is 19, sent multiple messages back to her mother. She said, “Oh lord,” “Honey,” and “Do u what u want.”

But, that isn’t all. Lola followed up with a hilarious response that has the internet going wild. She said, “Just know,” and, “That I have a birthday also,” before concluding with, “And an Instagram.”

Kelly shared the screenshot and the caption, “Conversations with my daughter ♥️🎁🎈🎉.” Anyone else wondering what else their conversation said?

Of course, Kelly’s husband Mark Consuelos got in on the conversation too. He simply said, “Lord.” Many other celebrities including Mariah Carey commented on the post.

Conversations with my daughter ♥️🎁🎈🎉

This could be why Lola won’t let them on TikTok

Earlier this year, Lola said she has gotten hooked on TikTok. She mentioned how she loves the family videos everyone is doing since being in quarantine. Ryan Seacrest asked her if she would be doing a family TikTok.

And in another area of social media, Lola said her mother shouldn’t be giving trolls the time of day. She said, “Something my mom posts on social media that I would never is the comments back to the haters.” Kelly replied, “But that’s why the people follow me!” Her daughter then said, “I understand. But I just don’t even think you should give them the time of day. I mean these people are sitting at home wishing they were you.”

Kelly’s family is adorable and obviously they have a lot of fun together. Stay tuned for more details on all your favorite stars.