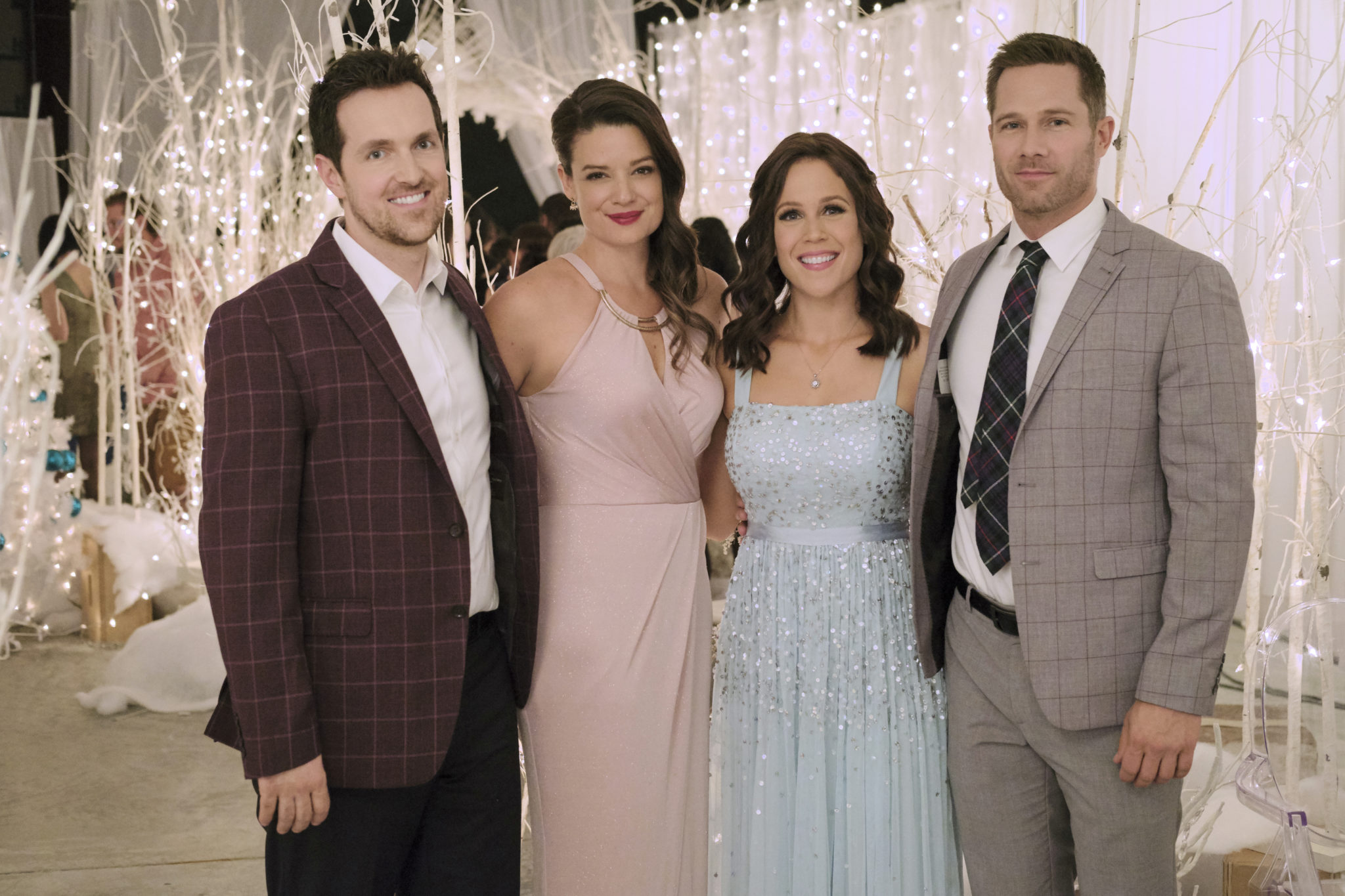 What Is Sense, Sensibility And Snowmen About?

Sense, Sensibility and Snowmen is based on the Melissa de la Cruz novel. It is the modern reimagining of Jane Austen’s classic romance, Sense and Sensibility. But there are a few twists. The Hallmark movie features party planning sisters Ella (Krakow) and her sister, Marianne (Sustad). They own Dashwood Party Planners.

Ella is super energetic and enthusiastic. In a twist from the classic English novel, she is the airy fairy one. She has some big dreams and goals. Ella has an imagination that will take the business far. Marianne is the serious one, always following the rules. But, Ella does encounter a major obstacle that refuses to budge.

Although the sisters love their work, they are having some major disagreements with a toy company CEO, Edward Ferris (MacFarlane). He is boxed in with his sort of rigidity and order. The toy CEO is hosting this party to impress others and wants everything perfect. You could say he is a little bit of a micromanager. But, things do work out. As Erin Krakow posted in Instagram, “Do you like where people touch noses?” If that answer is yes, this movie is for you.

Like the original source, there is a Lucy Steele, who we can presume is Edward’s girlfriend or fiancée. There is Jason McKinnon, who stars as Brandon Williams. Obviously, he is the modern Colonial Brandon, and will be paired up with the now serious Marianne. It is fun how this little twist takes this beloved tale and makes it very Hallmark.

A few questions: ❄️ Do you like movies where people touch noses? ❄️ What are your plans this Saturday night? ❄️ When should I start posting #SenseSensibilityAndSnowmen behind-the-scenes photos? ❄️ Why is our hashtag so long??

Where To Watch This Jane Austen Modernization

Are  you planning on watching Sense, Sensibility and Snowmen? Have you made watching Erin Krakow every Christmas season an annual ritual? Does the Countdown to Christmas get you into the Christmas spirit? Be sure to check back with TV Shows Ace for the latest Hallmark news. Also, be sure to catch Erin Krakow in the When Calls The Heart Christmas movie special airing on Christmas Day.

Could Jeremy & Jinger Vuolo Be Moving Back To Laredo, Texas?
Jessa Seewald Makes HUGE Decision After Birth Complications
‘RHOC’: Kelly Dodd, Tamra Judge, Heather Dubrow & More Could Return
Jeremy Vuolo’s Recent Posts Get A LOT Of Attention
Now That ‘Younger’ Is Over, What Is Status Of Hilary Duff’s Spinoff?