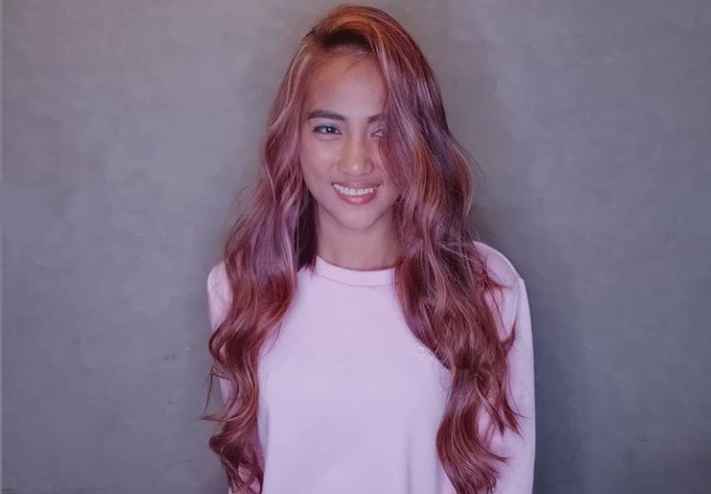 Since 90 Day Fiance star Rose Vega dumped Big Ed Brown, the Filipina beauty has become a household name. She has gathered many fans due to her sweet personality and fun attitude to life. However, it looks like Rose is going through a major transformation, including a professional photoshoot. Recently, an image from that photoshoot has been revealed. Now, fans are wondering if Rose is considering joining OnlyFans like so many of her fellow cast members.

Since breaking with Big Ed and 90 Day Fiance, Rosemarie “Rose” Vega has experimented with her look. At one stage, she was said to have had plastic surgery on her eyes. More recently, she has been experimenting with her hair. Now she has gone through a professional photoshoot.

An image was leaked by the Instagram account @90daycircus, showing before and after pictures of Rose Vega. The Rose seen in the new image is completely different from the innocent young girl who became involved with Big Ed. This is apparently part of the photoshoot, which the pretty Filipina still has to announce.

While Rose’s relationship with Big Ed, 55, failed on 90 Day Fiance: Before the 90 Days, Vega hasn’t been forgotten. Her many fans remember the insults Ed launched at his 24-year-old girlfriend. He found fault with everything, whether her smelly breath, her body hair and more. Ed rarely complimented the young beauty, despite his own obvious faults.

Vega has put all that behind her and recently launched a Cameo account. At that time, Rose revealed her “rose gold hair” to match her name. Since then, the Filipina has posted images of a partial transformation.

When it comes to hair, I have always been so wary and cautious. I want my hair long but still smooth, silky, and bouncy. And I am super glad that @biancafestejohub did what I wanted. 😍 I can now say that I am ready for my daily errands without thinking a lot about my long hair. 🥰 And if you are also like me who needs to have a hair treatment, worry no more! Just visit @biancafestejohub! They also offer not just a hair but also a skin treatment. 😘❤ #Rose🌹

More recently, Rose has teased a series of blurred images of her posing for a professional photo shoot, which point to bigger things coming for her. She captioned the images simply, “Soon… BTS.”  Some fans took this to refer to the K-Pop band BTS, but others realized she is changing her life.

One fan wrote, “You’ve come so far,” while another theorized, “You’re going to be a model.” Whatever Vega is planning, the image shows completely transformed and glamorous Rose. Some fans commented on the before and after image, comparing her to Deavan Clegg, with her FaceTune filters. As noted by Screen Rant, is Rose doing a major transformation to open an OnlyFans account, just like Larissa Lima? The image looks genuine and fans will have to wait until the big reveal to know more!

Khloe Kardashian, Not Good Enough To Get Invited To The Met
Hot Mom Jenelle Evans Spellbinds Fans In Pink Bikini
Amelia Hamlin Has EMBARRASSING Wardrobe Malfunction In London
‘You’ Season 3: Call This Number and Get a Special Voicemail Message
‘RHONY’ Season 13 Reunion Canceled: What Does This Mean For The Show?