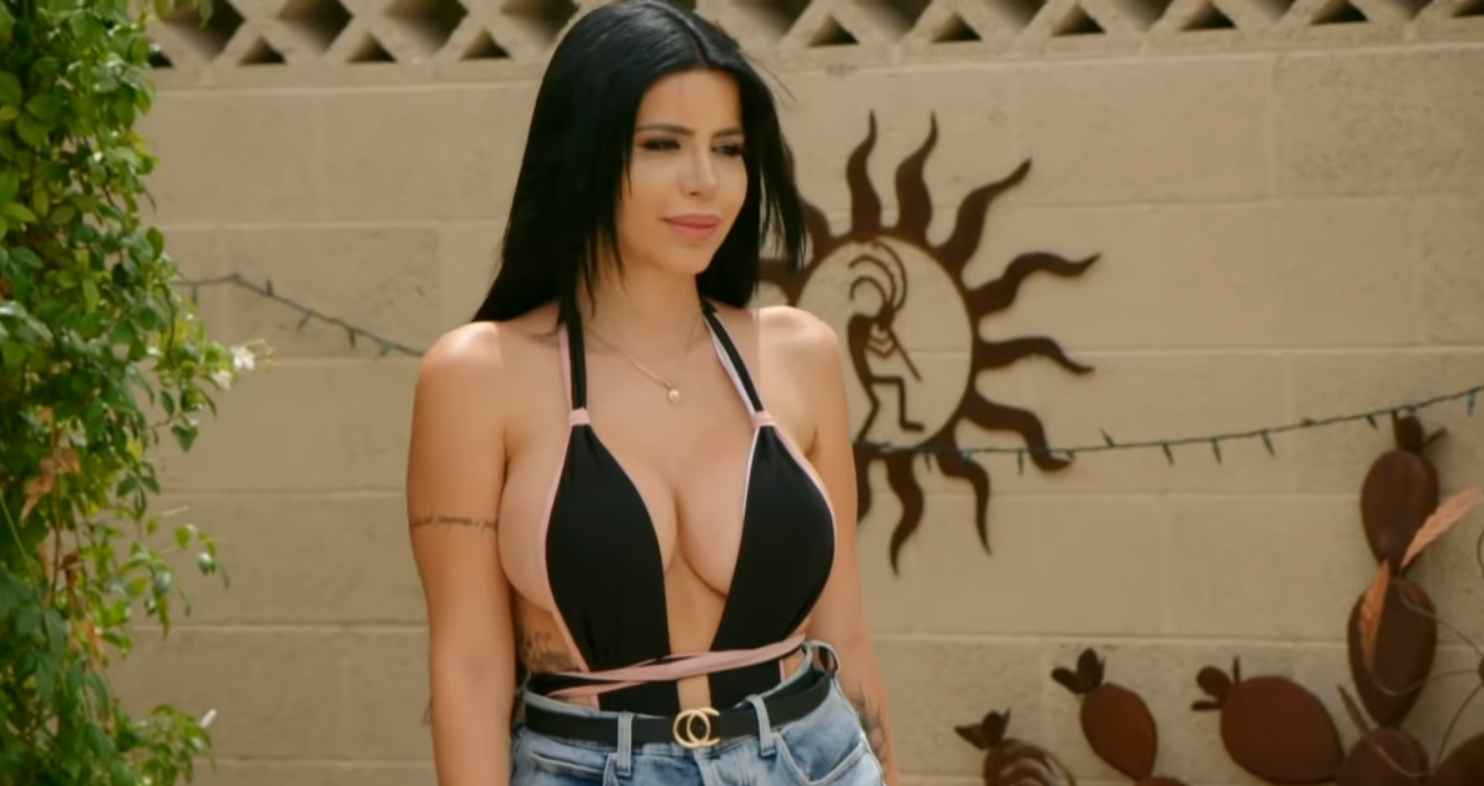 Fans of 90 Day Fiance: Happily Ever After? already know that Larissa Dos Santos Lima has been fired by TLC. This was over the explicit content on her CamSoda account. However, this doesn’t seem to have fazed the TLC reality star one bit. In fact, she has shared clips from a sultry photoshoot to her Instagram story. This is so fans won’t miss out on her incredible new body. Basically, who needs reality TV when you have a huge fan following?

The IG story shows Larissa posing in a see-through black outfit that leaves nothing to the imagination.  Along the way, she posted a note, “Money over fame,” as she showed off the results of her $72K plastic surgery procedures.

As fans know, Larissa recently joined the adult website CamSoda, where she did a live show, revealing her new “assets.” TLC didn’t take kindly to Lima’s explicit content and found a clause in her contract allowing them to terminate Larissa. Regrettably, the firing took place shortly before the Brazilian beauty was arrested by ICE.

Larissa is fine with TLC firing her

Meanwhile, the Brazilian, newly-made beauty doesn’t give a proverbial damn for losing her TLC job. In an Instagram post, Larissa wrote, “I want to make a statement for you, I’m no longer a cast member of the show “90 Day Fiancé.” Because of my show with CamSoda, I was released from my contract with TLC by phone the day before ICE arrested me.”

Larissa wrote, telling fans she will continue producing content for her official channels on Instagram, YouTube and OnlyFans. The TLC reality star went on to thank her fans for their “understanding, love and attention.” Larissa added in her caption that this was her “final statement.”

Fans quickly showed their support for Larissa, saying while she is a little crazy, she has a good heart. One fan noted that Lima is “real” and that what you see is what you get.

90 Day Fiance star Larissa has had a hard week

What a week the Brazilian beauty has had! First, she made her explicit webcam show for CamSoda. Following this, Larissa was arrested by ICE and fired by TLC. As noted by The Blast, this all happened while she was making a big move to Colorado Springs with Eric. However, judging by her recent Instagram Story, fans aren’t going away anytime soon, despite the hype about CamSoda!

Despite her firing by TLC, Larissa is currently starring on the 90 Day Fiance: Happily Ever After? Tell-All, which continues on October 4 at 8 pm ET/PT. The following evening, October 5, will see the final episode at 8 pm ET/PT on TLC.