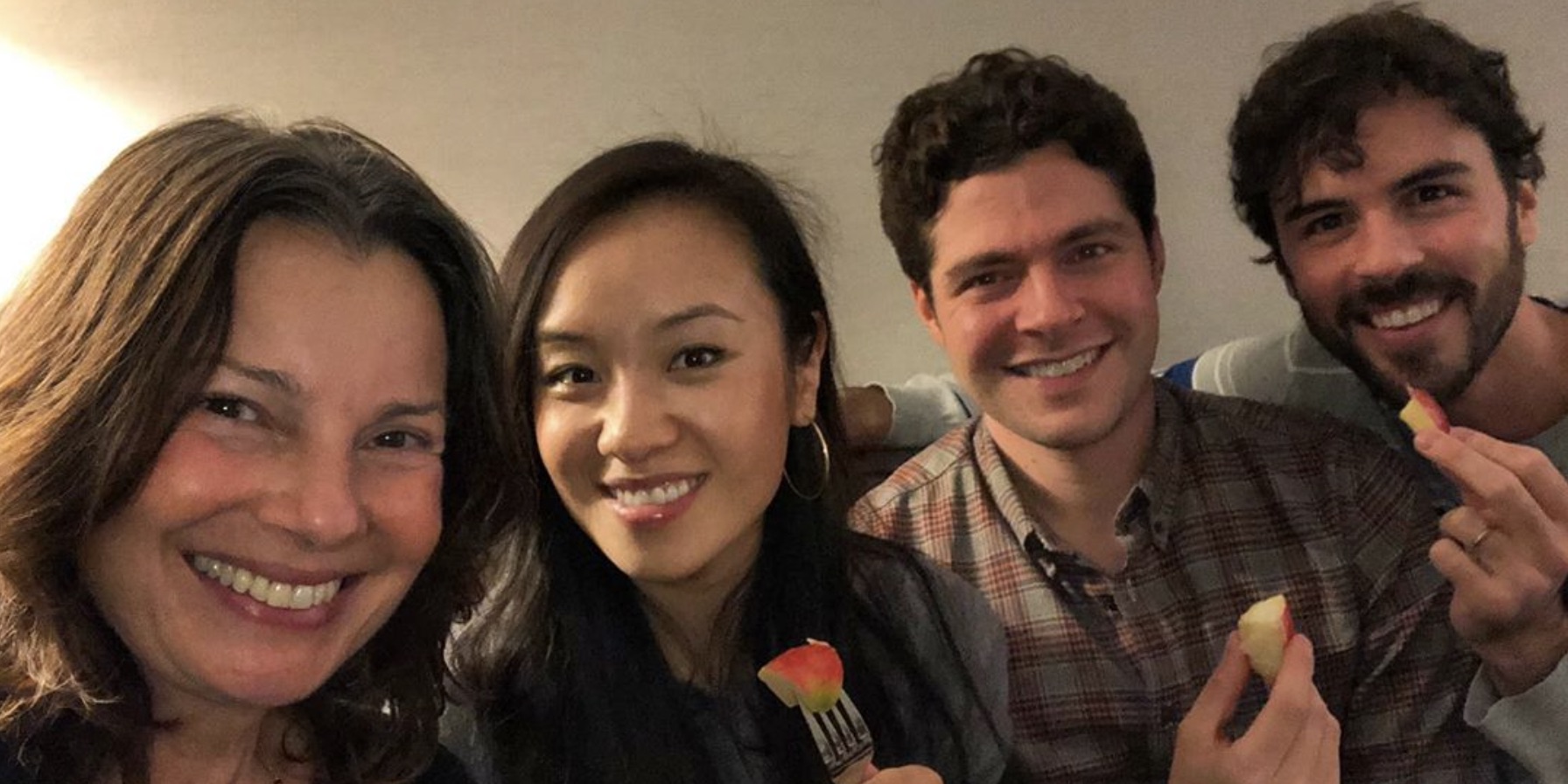 The Christmas Setup is already filming in Canada! What do we know about Lifetime’s first Christmas movie with a lead LGBTQ story? We have all the details, including the premiere date.

Who Is Starring In Lifetime’s The Christmas Setup?

As well as Lewis and Lee, Fran Drescher (The Nanny) is in this It’s A Wonderful Lifetime movie! So we know that this movie promises to be full of laughs and loads of fun. Along with Drescher is Ellen Wong (Glow), rounding out this stellar cast.

Ben Lewis and Blake Lee are a real life couple. According to the Huff Post, Ben and Blake married in 2016. On Instagram, Ben Lee shared how the Lifetime movie was a good part of this difficult 2020. “2020 has been bad-weird, but starring alongside my husband … in Lifetime’s first gay Christmas movie definitely qualifies as good-weird. In fact, it’s the most surreal, wonderful early Xmas gift I could ask for.”

What do we know about The Christmas Setup?

What Is The Christmas Setup About?

Big time New York City lawyer Hugo (Lewis) heads back home to Milwaukee. He has brought along his best friend Madelyn (Wong) to spend their Christmas holiday with his mom, Kate (Drescher). Kate really loves Christmas, and she is in charge of some of the local Christmas festivities. Sounds like Christmas is over-the-top.

But, mom is not that busy that she doesn’t set up something special for her son. In the true style of Santa, she does a little maneuvering to ensure that Hugo runs into Patrick (Lee). Who is Patrick? None other than Hugo’s secret high school crush.

Patrick has been away from Milwaukee himself. He has just returned from a very successful stint in Silicon Valley. So, where does a New York lawyer meet a Silicon Valley disrupter? Smack dab in the midwest, in Milwaukee!

Thanks to Kate’s incredible Christmas extravaganza and superior matchmaking skills, Hugo and Patrick enjoy their time in the Christmas wonderland. They get to know each other and form an emotional attachment.

But, does a spectacular promotion and move to London derail their relationship?We will need to find out!

When Is The Premiere Of The Christmas Setup On Lifetime?

Lifetime will premiere The Christmas Setup on Saturday, December 12 at 8 p.m. Eastern.

The movie has been filming in the Ottawa, Canada area. According to Inside Of Ottawa Valley, they plan on using the Smith Falls train museum as a movie set. It looks picturesque. This promises to be a wonderful Lifetime Christmas.

‘Y&R’ Spoilers: FINALLY! Kyle And Jack See The Truth – Phyllis Was Right
Stream This: Lucy Lawless Back For ‘My Life Is Murder’ On Acorn TV, Preview
‘Counting On’ Fans DRAG Jeremy Vuolo For Latest Video
Clare Crawley Commemorates One Year With Dale Moss
‘Y&R’ Spoilers: GAME OVER! Phyllis Blows Tara And Sally Up?