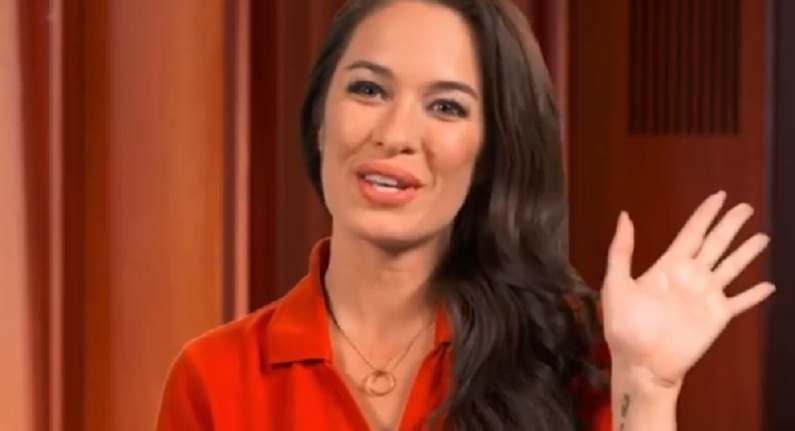 Jessica More from Below Deck Mediterranean blows up at Aesha Scott. The preview for Monday night’s episode shows her losing her mind. The last few moments of last week’s episode shows Aesha grabbing deckhand Rob Westergaard’s backside. The Bravo series has been teasing this moment and it’s finally here.

It all starts when a charter guest asks for a group photo prior to an excursion led by Aesha and Rob. Everyone stands together with their arms around each other. Aesha then slides her hand down Rob’s backside during the photo Seeing this moment has Jessica spiral into another emotional meltdown.

The Below Deck Med quickly takes note of what’s going on. As fans know, Jessica felt very insecure about her relationship with Rob. She felt that ever since he started talking to his ex-girlfriend again. Although they consummated their relationship, she still has moments of fleeting insecurity.

Seeing Aesha grab Rob’s behind led Jessica to lose her mind. She confronts him with photographic evidence. However, Jessica is stuck on land as the group embarks. She vents to chief stew Christine “Bugsy” Drake. She warned her that she will “f*** up” Aesha when she sees her.

In the preview clip, Jessica makes it clear that she’s serious. She tells Bugsy that she’s not sure if she can finish out the season.

“I really don’t like walking down and seeing Aesha grab his f**king a**,” Jessica tells Bugsy. “Because I will beat the f**king sh*t out of her.”

We stan you, in sickness AND in health! #BelowDeckMed

Bugsy stands there, stunned. She clearly has no idea what to do. Jessica keeps going and says that she will “f***” Aesha up. She then tells Bugsy that she’s not joking, and Bugsy believes her. Then Jessica talks herself out of it and says she should remain calm.

As she walks away, Bugsy is still stunned. “Like, I’m just speechless,” she reveals in her confessional. In another scene, Rob and Aesha give the guests a tour. They enjoy ice cream and act goofy with one another.

It’s unclear if Aesha intentionally grabbed Rob’s behind. Some Below Deck Med fans already took to social media to share their thoughts. Most of them felt that the grab was accidental. Rob wore a backpack during that scene. Aesha’s hand most likely slid down because his backpack was in the way.

Fans think Jessica has been overreacting for most of the season. When she confronts Aesha, she looks stunned.

“Your hand went from being on Rob’s back down to grabbing his a**,” she said in another preview released by Bravo.

“What?” Aesha looks at her, stunned.

“I hate when people create drama where there doesn’t need to be,” Aesha admits in her confessional.

Later on, in another scene, Rob and Jessica finally discuss things.

Aesha previously revealed on an episode of the Below Deck Med After Show that she thinks Jessica is a “jealous” person. However, the model doesn’t feel that way. She denied it when she appeared on Watch What Happens Live.

Ryan Sutter Is Getting Back To His Best And The Gym After Mystery Illness
‘MAFS’ Chris Williams – How Much Is He Really Worth?
Wait, Why Isn’t The ‘Seeking Sister Wife’ Season 3 Premiere On Tonight?
Did Jinger Duggar & Jeremy Vuolo Make It To Justin & Claire’s Wedding?
Amy Halterman Shares Photo Of Dream Home & Tells How She’ll Afford It