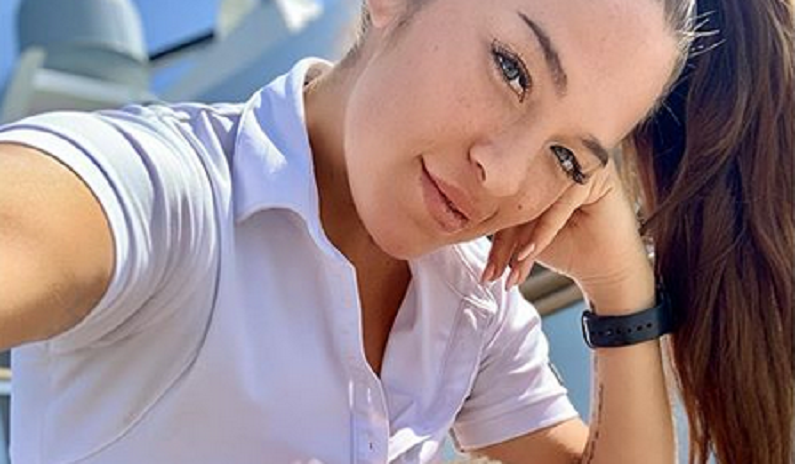 Below Deck Med star Jessica More felt insecure in her relationship with Rob Westergaard. Her jealous side came out when he confessed that he’s been texting his ex-girlfriend. And then she couldn’t help but notice when Aesha Scott flirted with Rob. The culmination of events led to her downward spiral.

Things got so bad that Jessica had a panic attack after going for a swim. The Below Deck Mediterranean beauty addressed her relationship with Rob on Monday’s episode of Watch What Happens Live. She explained why she didn’t click with Aesha at first. But then she claimed that she’s not the jealous type.

Why didn’t Jessica More warm up to Aesha Scott?

When she appeared on Watch What Happens Live, host Andy Cohen asked Jessica why she didn’t get along with Aesha Scott. The model said she didn’t like it whenever the New Zealand native talked about hanky-panky so much. She would have been more willing to talk to the second stew, but she found it hard. It sounds like Aesha and Jessica’s personalities didn’t mesh.

Then, Andy had the reality star play a game called, “What Makes Jessica Jealous?” He brought up hypothetical situations like if her boyfriend talked to another girl. Throughout the game, Jessica claimed that she doesn’t get jealous of any of those situations. Of course, Below Deck Med fans didn’t believe her because of how she acted on the show.

The Below Deck Med star also revealed that Rob’s ex-girlfriend sent her a “warning” about Rob when they were dating. She ended up “comparing notes” with Rob’s ex during her relationship with him. But she ignored the “warning” signs because she was so in love with him.

Then, Jessica found herself “dishing” about Rob and “comparing notes” that seemed identical to his ex’s storyline about him. Rob’s exes ended up forming an unexpected friendship behind his back. However, it’s unclear if he ended up learning that his ex was talking to Jessica all this time.

Is the Below Deck Med star still in love with him?

Andy wanted to know if Jessica was still in love with Rob. She watched a previous clip when Rob declared his love for her. “I think he responded that it’s not so simple,” Jessica noted. “And it’s not so simple.”

Andy wondered what Jessica thought about Rob’s declaration that he’s still in love with her. “I know TV doesn’t really show it, but I’m a really amazing woman,” Jessica said, acknowledging her insecure moments. “And supportive and loving. I think he may be realized that.”

But Andy wanted to know if the Below Deck Mediterranean star was still in love with him. Jessica admitted that “there’s too much water under the bridge” for her to reconsider a relationship with him. “No,” she added. She previously revealed that the two no longer communicate.

Fans SLAM ‘The Bachelorette’ For Naked Dodgeball
Pregnant Stassi Schroeder Can’t Sleep, But She Sure Is Organized
‘Younger’ Star Hilary Duff Makes A Surprising Announcement
Jill Duggar Claims She Needed An Attorney To Get Money TLC Owed Her
Bethenny Frankel Claps Back At Tyra Banks