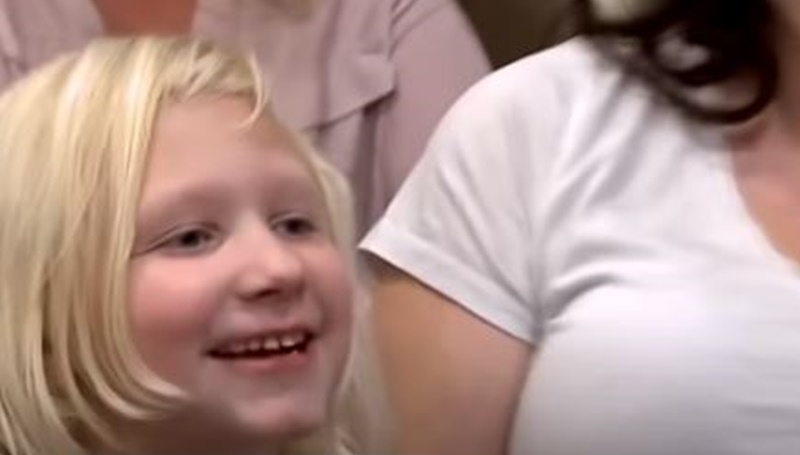 Sister Wives fans fill in time between seasons rewatching old episodes. There, they look for clues as to what really goes on between Kody Brown and his four wives. And, between him and his various kids. Well, Truely, once the baby of the entire family shined her light in the last season of the show. And, fans think that the 10-year-old already sings Cats in The Cradle by Harry Chapin to her dad.

Sister Wives – Truely and her relationship with Kody

True fans of the TLC show can tell you exact words said in the family. In fact, they can rewrite episodes without referring to notes. And, they store up their memories to use against Kody all the time. On Reddit, one fan even recalled that when Truely arrived on Planet Earth, Kody was busy kissing Robyn. Incidentally, he hadn’t married her yet. And, eventually, he dragged himself away to the hospital.

Sister Wives fans noted that of all the kids, the only girl he seems close to is Mariah. And, they feel that’s because they both tote the same personalities. A Redditor unflatteringly describes them as having a “stubborn narcissist vibe.” But for Truely, by the time she arrived, Kody was all about Robyn. Pretty much, fans think he almost became an absentee dad to Truely. People talk about the bike-riding lessons last season where Truely told him off. But other scenes also hint that she really doesn’t like Kody Brown.

‘Loco in the coco’ and the bike

We reported in March, that Christine and the other wives still moped around, hating Flagstaff and the concept of one big house. Well, Truely straight up told her mom she’s “loco in the coco.” And, by then, most fans wholeheartedly agreed. Then, the bike-riding lessons got a lot of attention. In fact, people also praised Christine for raising her daughter right.

Recall that scene of Sister Wives where Kody pushed Truely beyond her comfort zone on riding a bike. Eventually, she stood up to him and told him off. The little girl said that it’s her body, and she’ll make decisions about herself thank you very much. People loved that she drew boundaries. But, some Redditors think even Christine can’t take the kudos for that. Probably, Aspyn spent more time as a parental figure than either Christine and her five-minutes-here two-minutes-there husband.

Cats in The Cradle, sayonara ‘dad’

Generally, Redditors agree that other scenes clearly reveal Truely’s got little time for Kody Brown. One of them noted, “My favorite is when she caught a bigger fish than Kody and he tried to give a speech about it and she just walked away from him while he was talking 😂.” And another person noted, “This is what happens when you are only allotted 5 minutes of attention time per week, [Truely]  is over it. All the kids will be singing the Cats in the Cradle song to Kody before long.”

So, to Sister Wives fans, it looks like Truely looks, sees an inattentive and self-absorbed husband and dad, and already sang it. What do you think? Sound off in the comments below.