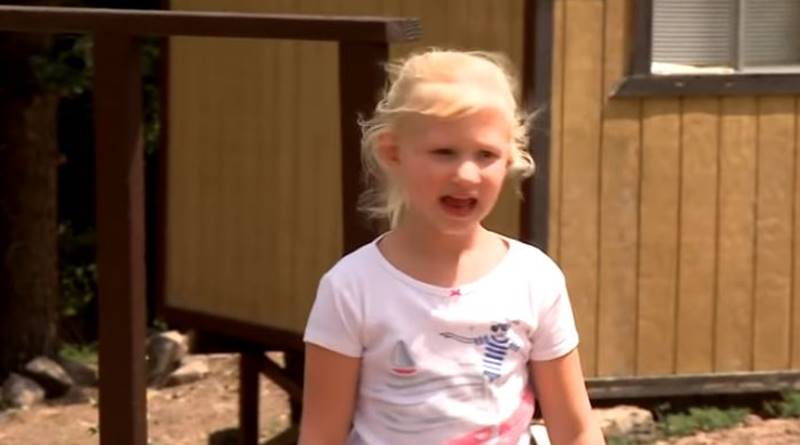 Sister Wives fans see the neverending arguments about whether they should all move into Kody’s big house or not. Actually, a lot of the kids like the idea. With Christine hating it, her daughter Truely told her mom she’s “loco in the coco.” But the latest episode saw Kody giving Truely bike riding lessons. After that, she might also think he’s got the same problem.

TV Shows Ace reported that while fans see the adults mostly against Kody’s idea of one big home, some of the kids like the idea. Christine’s the most anti when it comes to that. However, her daughter Truely loved the idea and complained that her mom’s actually “loco in the coco” as she refuses the idea. Truely, just nine-years-old possibly expressed what a lot of fans think of the current season.

In the latest episode, the wives went off to Chicago. That’s when fans saw that Kody Brown decided it’s a great opportunity to teach Truely how to ride a bike. The episode showed her very afraid and scared of falling. However, Kody persisted to the point where fans felt he bullied her. At one stage, the little Sister Wives kid told Kody, that learning to ride should be her very own choice.

Waaaayyy to go Dad!! Why are you running the bike when Truly is telling you Dad you are going too fast?! Then to tell a child especially a female child she is “too young to choose!” Kids need to know they can tell adults NO!! When it’s comes to their bodies!! #SisterWives

Did Kody Brown push his daughter in a bullying way on bike riding?

Truely really got upset with her dad who wouldn’t respect her fears. In fact, he really seemed obsessive about pushing her to keep on and on. Maybe he’s now also a bit “loco in the coco” in Truely’s mind. Meaww reminds readers that Truely “expressed her fear of falling and made it clear that she did not want to go further with it.” Nevertheless, Kody disregarded that. And, for too long, some fans thought.

Sister Wives fans slammed Kody for acting the way he did when his daughter didn’t buy into the idea. One said, “I kind of feel sorry for Truely. Kody trying to force her to ride a bike while she’s crying to him that she’s scared just reminds me of how SOME men force themselves upon women. Whether it be s*xually, or mansplaining, or whatever. Let us think for ourselves. D*mn.”

More fans complained, with one saying, “And why doesn’t Truely’s bike have training wheels. Riding a bike isn’t a big deal. Unless she has an underlying fear issue, just leave Truely alone.” Then another one noted, “At least *Truely* understands bodily autonomy and consent. Kody is failing hard at parenting right now.”

So…when a child says no about something because they're clearly terrified, it means no.Poor Truly… that sort of stuff will scar a kid for life 🙁 she was so full of anxiety riding that bike and no one would listen. Learning to ride a bike isn't worth the trauma. #sisterwives

What do you think about Kody persisting and trying to force Truely beyond her limits? Do you think she might now also see him as a bit “loco in the coco?” Sound off your thoughts in the comments below.