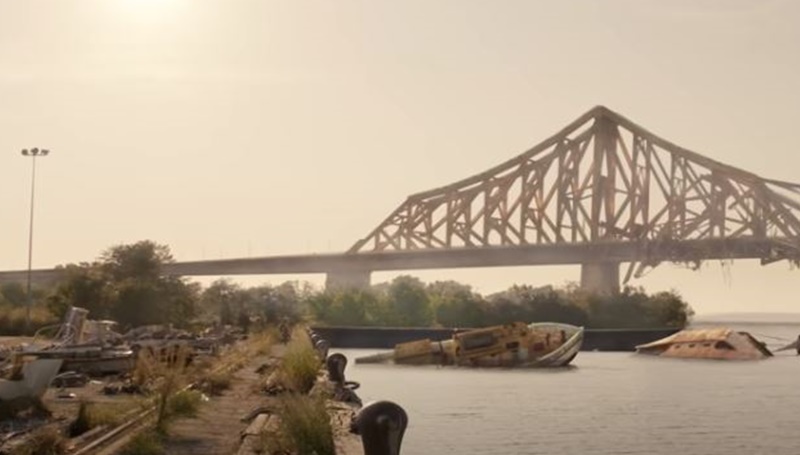 The Walking Dead: Word Beyond from AMC comes to table brimful of zombies. The finale of Season 10 took forever. And the yet-to-come Season 11 still awaits release. And, there’s a movie in the works as well. Then, Fear The Walking Dead extended the storyline. But now, the latest release, World Beyond arrives. It brings a different feel to the story. And, some great poster art. But did AMC plagiarise from an illustrator to promote the show?

The Walking Dead: World Beyond premieres to mixed reactions

In a world saturated with zombies, some fans didn’t take to the new AMC series that got signed on for at least two seasons. It comes across rather more like one of those teen stories. And, not everyone loves them. And, let’s face it: Any new zombie show’s got a lot of big boots to fill when it comes to the original series. Meaww noted that many fans didn’t like the new show. They cited one critic as saying “#WorldBeyond didn’t do it for me… gave me heavy CW vibes but imma ride it out cuz I’m loyal.”

Ollie Boyd joined Twitter in 2010. His profile describes him as a “Designer” and “Illustrator.” In July 2017, he posted up a photo of a poster he allegedly created. He captioned it with, “My @PosterSpy #fearthewalkingdeadart design entry @FearTWD_UK.” The photo of the artwork also ended up on behance.net titled Fear the Walking Dead – Season 3. It was dated July 8 2017 and attributed to Ollie Boyd.

Well, it’s not clear what the terms and conditions of entry were at Poster Spy, but now, he suspected AMC took some liberties with his work. His poster artwork revealed people standing atop a hill that looked like a skull. A few dead trees against a setting sun featured, as well as a bunch of Zombies below. And, he shared the artwork for AMC The Walking Dead: Word Beyond on his Twitter on October 6 this year. He attached his own artwork for comparison.

Is the AMC poster too similar?

The screenshots of the AMC artwork reveal a photo that shows people standing on top of a hill that looks like a zombie’s head. There’s a few dead trees against a multicolored background as well. Ollie’s caption read, “@AMC_TV @TWDWorldBeyond @WalkingDead_AMC  Hi, it feels like my work has been plagiarised and used to promote the new series of The Walking Dead – World Beyond. I’d be very interested to know your views on this. DM me please. Thanks.”

You can see the comparison photos on this link.

What do you think? Do you think the two posters seem very similar for The Walking Dead spinoff? Sound off in the comments below.

How Do ’90 Day Fiance’ Stars Loren And Alexei Brovarnik Make A Living?
‘MAFS’ Season 12 Spoilers: Is There a Baby on Board?
Get To Know Cassie Randolph’s Rumored Boyfriend Brighton Reinhardt After Alleged Colton Underwood Slam
‘Fuller House’ Star Andrea Barber Grieves The Loss Of Her Mother
Sarah Talks About What Shocked Her About ‘Love After Lockup’ Couples