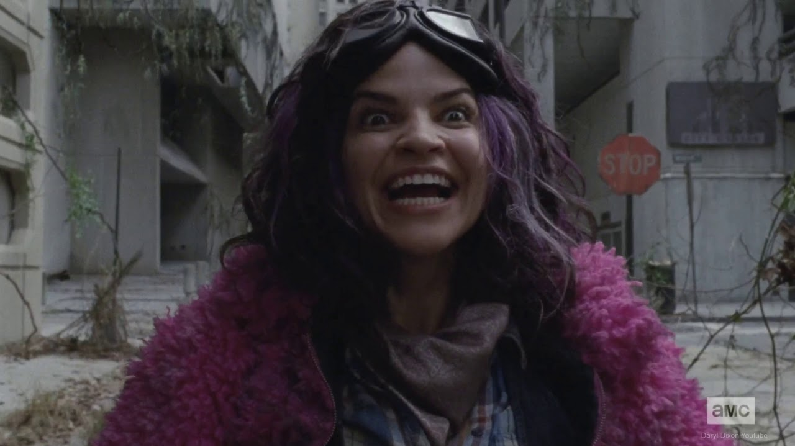 The Walking Dead movie may not end up in theaters. The Rick Grimes movie was initially a made-for-TV movie. Then there were murmurs it could become a box office hit. Either way, fans are looking forward to seeing the return of Andrew Lincoln in his iconic role.

The movie might have met its match with the coronavirus pandemic. It’s all because of the Trolls World Tour. The Walking Dead movies will be released through Universal Pictures, which also released the Trolls sequel, The Invisible Man, and The Hunt on video-on-demand (VOD) amid the COVID-19 outbreak. It could also mean that The Walking Dead may also not end up in theaters.

Rick Grimes movie may not make it to theaters after all

AMC Theatres and Regal Cinemas threatened to keep their chains closed until more movies are released. Both companies also plan to boycott Universal movies. If both chains stick to their promise to not showing Universal Studios in theaters – then Rick Grimes won’t appear in any movie theaters anytime soon, as per ComicBook.com.

However, there is still plenty of time for this to happen. The Walking Dead did not reveal when the movies starring Andrew Lincoln will release ahead of the delays that Hollywood productions are dealing with. Now, it could be a longer wait, which already felt like a long enough wait for fans. For most, it feels like the movies have been talked about for years.

What would it take to watch every episode of #TWD? Watch season 10A with no login on AMC.com.

The story will continue to develop and evolve as Universal Studios and the theater chains come to some sort of an agreement. Both the movie studio and the theaters need each other in order to survive. Action movies like Fast & Furious and No Time to Die are best seen in a movie theater rather than at home. This decision could lead to significant losses for both the studio and the box office.

Season 10 of The Walking Dead completed filming back in November 2019. But there’s one small problem. The AMC series was unable to complete post-production on the special effects of its season finale. That means the official final episode that was initially intended to premiere on April 12 was pushed back to later this year.

Jeffery Dean Morgan spoke to Entertainment Weekly Live about the 16th and final episode of Season 10. He called the Walking Dead finale a “massive” episode. As for when Season 11 starts filming, it’s “a f***ing mystery.” Morgan teased that there will be some sort of conclusion with Beta and his character, Negan. Most of the scenes will take place at the hospital tower where most of the heroes are hiding.

“There has to be some sort of resolution. Whether that carries over to next season, I’ll leave that open, because who knows. But we know he’s coming to wipe everybody out with his zombie horde so hopefully we’ll see that come to a head at some point.”

“There has to be some sort of battle,” Morgan continued. “Greg Nicotero directed it, so it’s going to be a big massive episode for sure.”

Morgan isn’t just unsure about the finale. He’s also unclear on when he will become Negan again. He confirmed that production on Season 11 is indefinitely on hold. He called it a “big question mark.”

Delayed Season 10 finale will be like its own movie

While fans are itching to watch the Rick Grimes film trilogy, audiences can look forward to the Season 10 as its own premiere. The actor teased that the final episode will be somewhat like a Walking Dead mini-movie.

“It will be cool having a one off, almost a Walking Dead movie in the middle of a season, I guess,” Morgan added. “So we’re excited about that aspect of it.”

Since shooting was out of order, it’s difficult for him to keep up with the storyline. But he loves the redemption arc for the villain who beat Glenn (Steven Yeun) to death with Lucille. In addition to the Season 10 finale, AMC also postponed its second Walking Dead spinoff series, World Beyond. The show will premiere later this year, although no premiere date has been announced yet.

Are you excited for The Walking Dead Season 10 final episode? Sound off below in the comments section.