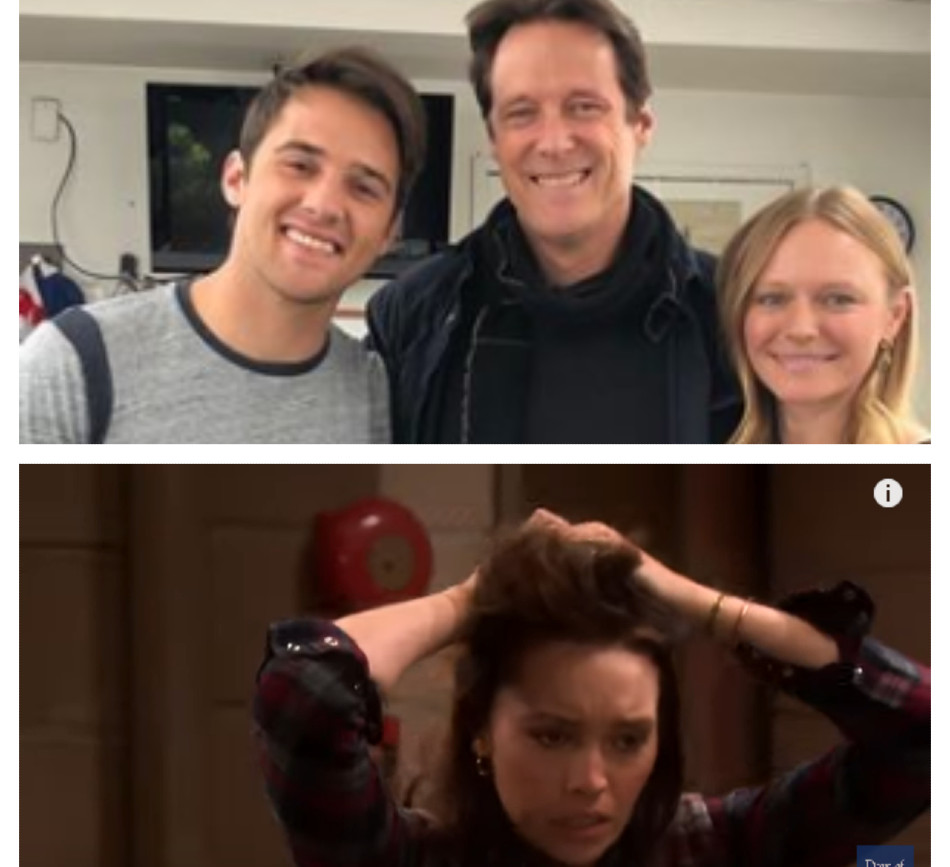 Days of Our Lives fans have a wild theory about Gwen’s (Emily O’Brien) connections in Salem. The sudser recently revealed that Gwen is working with Dr. Rolf (William Utay) to drug Abby (Marci Miller.) But to what end? Fans think they know and if they are right, it will turn Salem upside down!

It’s been four months since Gwen showed up in Salem to find her man. Her man turned out to be Jake (Brandon Barash,) Stefan DiMera’s never-seen-before twin. While Gwen spent months scheming to sever the bond growing between Jake and Gabi (Camila Banus,) she recently started gunning for Abby.

Viewers recently saw Gwen visit Dr. Rolf in prison. During the visit, they talked about their devious plan for Abby. But fans still don’t know why Gwen suddenly has such a vendetta against the Deveraux daughter on DOOL.

Rumors are picking up steam that Gwen has a secret family connection to Abby. Online chatter suggests that Gwen may very well be Jack’s (Matthew Ashford) long-lost daughter! As fans recall, Jack has been off-screen for long periods of time since 1993 when Matthew Ashford was unceremoniously fired.

Fans point to Gwen’s British accent as being a clue to her ties to Jack. DOOL viewers may recall that Jack and Jennifer lived off-screen in London before Jennifer returned to Salem without Jack. It was later revealed that Jack was held hostage in Afghanistan, but Jennifer thought he up and left again.

Other Fan Theories About Gwen’s Family

Jack isn’t the only contender as a parental figure for Gwen on DOOL. The online gossip mill is working overtime trying to figure out why Gwen is determined to harm Abby. Among the other possibilities for Gwen’s parentage include:

Given that Gwen hit town without anyone knowing her last name, the parental options are endless!

But it may not take Maury Povich to solve this one. DOOL head writer Ron Carlivati’s tweet from July is a strong indication that Jack is the father. A fan shared hopes of a storyline for Jack and Jennifer. The fan asked for a “storyline to treasure forever.” However, Jack having a child by another woman probably isn’t what the fan meant.

A big Jack and Jennifer story is coming your way this fall… #days https://t.co/vtf9kYI0u8

It sounds like Jack and Jennifer fans should brace themselves for a huge shock. If the theory that Jack is Gwen’s father is correct, fans will have to watch it play out without Melissa Reeves. The actress is taking a temporary leave of absence from the show. All My Children vet Cady McClain will step in as Jennifer for the time being.

How do you feel about the idea of Jack being Gwen’s father? Head over to our Facebook page and drop a comment with your thoughts.