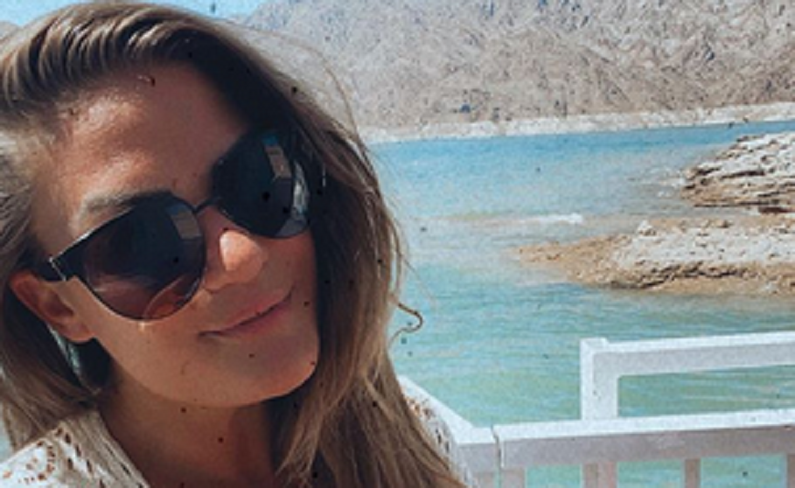 Brittany Cartwright and Jax Taylor feel blessed. The Vanderpump Rules couple thought they were going to have a boy. After last week’s gender reveal at their home, they learned they’re having a boy. Brittany is due to give birth sometime early next year, and she couldn’t be happier about this moment.

Brittany Cartwright was “shocked” over the baby news

The Pump Rules star “was sure” that she was going to have a girl. As fans know, Stassi Schroeder and Lala Kent are pregnant for the first time with baby girls on the way. Brittany Cartwright and Jax Taylor thought they were going to join the club. But the only club they’re joining is the Vanderpump Rules pregnancy pact.

“Brittany was shocked to find out they were having a boy,” an insider told Us Weekly. The insider added that Jax was “praying for a boy.” The reality star hopes to forge a strong bond with his son. Jax is still grieving the loss of his father to this day.

“He misses his [late] dad, [Ronald Cauchi], so much,” the insider shared. “He is beyond thrilled and feels lucky to be having a son.”

The couple couldn’t be any happier over their baby news. They feel that God answered their prayers. Earlier this month, Brittany and Jax announced they are starting their family. Brittany shared a photo of herself with Jax and holding her ultrasound. She lovingly captioned the Instagram post: “Mom and Dad. The love of our lives are coming soon.”

On his respective Instagram account, Jax wrote: “Soooo I am gonna be a dad.” Then just a week later, the couple revealed the gender of their baby. The Bravo stars used blue confetti poppers to share the news. Jax and Brittany celebrated with their family and friends, including Stassi Schroeder and Lala Kent.

Vanderpump Rules couple is the only ones having a boy

There’s a baby boom in Los Angeles. Stassi Schroeder and her fiance Beau Clark are having a girl. Also, Lala Kent and her fiance Randall Emmett have a daughter on the way. All three ladies are said to give birth some time in early 2021. An insider told Us Weekly that Beau is already cracking jokes about Jax’s son.

“Beau is already telling Jax his son can’t date his daughter or Lala’s,” the insider told the outlet.

Stassi announced the news in June with a photo of herself and the casting director holding a pink onesie. As for Lala and the Hollywood producer, they shared their baby news earlier this month. During the celebration, Jax shared his predictions for his child.

Who would’ve thought we’d all be… sober at the same time.

“We’re very similar kind of guys and I just don’t think it’s in the cards for us to have boys,” he said in Randall’s Instagram Stories at the time. “I think it’s gonna be a girl.”

Brittany and Jax wed in June 2019 in Kentucky. Vanderpump Rules Season 8 chronicled their marriage and Jax’s subsequent breakdown. Some fans are scared over Jax becoming a first-time father, especially to a boy. They have a feeling that he will be like his father and wear chunky-knit sweaters.

Why Braunwyn Windham-Burke Was Scared Before Her Sobriety
‘RHOSLC’ To Premiere In Select Drive-In Theaters
What Do Fans Think ‘DWTS’ Host Tyra Banks Should Be For Halloween?
Khloe Kardashian Had Coronavirus Earlier This Year
’90 Day Fiance’ Star Deavan Claps Back At Jihoon Over Gifts, Seeing His Son