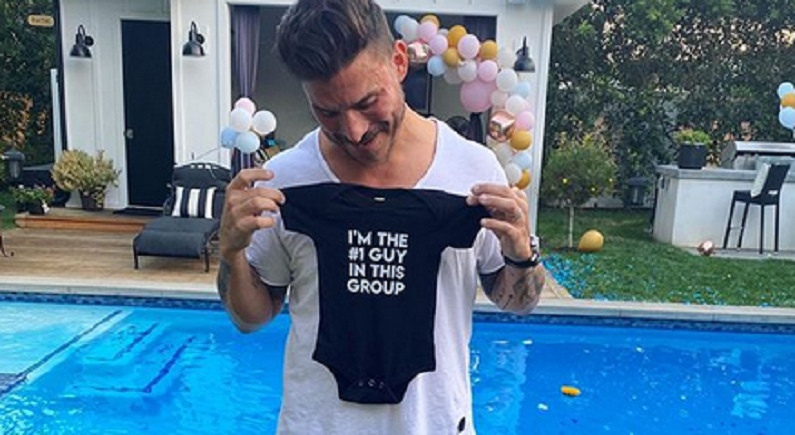 The Vanderpump Rules baby news continues. On Sunday, September 27, Brittany Cartwright and Jax Taylor had their gender reveal party. TV Shows Ace reported that the couple is having a boy. And they couldn’t be any happier about the news.

The couple broke the mold. Previously, Lala Kent and Randall Emmett revealed they’re having a girl. Back in June, Stassi Schroeder and Beau Clark also announced they were having a girl. It looks like Jax will be the only “boy dad” in the group.

Unless someone else gets pregnant in the months to follow. Shortly after the announcement, VPR fans share their reaction over Jax fathering a boy.

On Sunday, the _surrules fan account shared the exciting news. The user shared a photo of Jax Taylor and Brittany Cartwright finding out the gender of their baby. In the photo, Brittany holds her belly as she covers her face in shock. Meanwhile, Jax has a sigh of relief on his face. At Lala and Randall’s gender reveal party, he assumed that they were all destined to become “girl dads.”

However, that’s not the case anymore. They’re the only couple in the Pump Rules crew that’s having a boy. Fans can already see Jax Jr. running around and it doesn’t look pretty. Here are just some of the hilarious comments in the post:

Fans have a feeling that the group is breeding the next generation of Pump Rules babies. Most of them would like to see a spin-off series that shows them changing diapers rather than chugging down shots. Their babies are already in good company. It would be no surprise if they end up good friends as the original Vanderpump Rules cast did.

James Kennedy thinks Jax Taylor will be a “great father”

The DJ gushed about his VPR co-star. James told Page Six that he thinks Jax Taylor will be an “amazing dad.”

“I truly believe that,” James Kennedy told the outlet. “I think he’s going to be a great father. I’m really, really happy for [him and Brittany Cartwright].”

James then explained his shaky friendship with Jax. The two are on better terms since he became sober. James has no time for fighting. He wants to focus on “the more positive things in my life.”

He didn’t have anything bad to say during the interview. The music producer revealed that he’s “really happy for everybody,” including Stassi Schroeder and Lala Kent’s respective pregnancies. He feels this is an exciting thing to witness.

“It’s amazing to see everyone taking their relationships to the next levels, starting families,” James continued. “I’m so happy for everybody, Brittany, Lala, and Stassi. I’m happy for all three of them.”