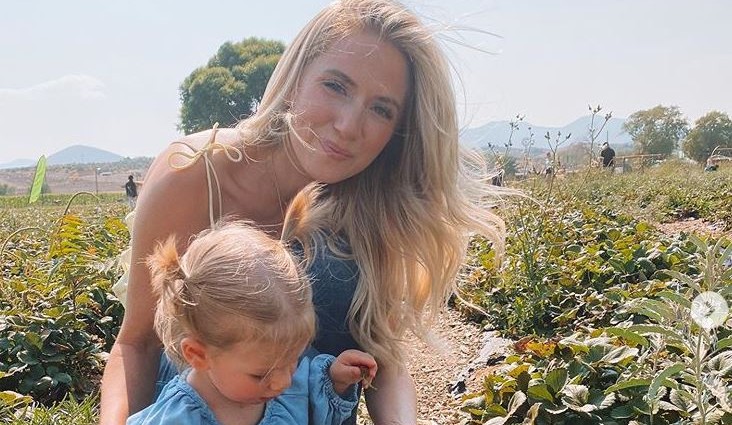 Lauren Burnham has been very open and candid about her attempts to get pregnant. She and former Bachelor Arie Luyendyk Jr. have one daughter. She suffered a miscarriage in May with their second child. Now, they are trying again and it’s getting her a little down.

Lauren believed she was pregnant again

She also admits that she has taken numerous pregnancy tests. And, each time they have been negative. In fact, she just believed she was finally pregnant, only to take a test and reveal she’s not. And, while she knows it will happen when the time is right, she is excited and anxious to carry their second child.

Lauren said, “I feel like I’ve been so distant on here lately, and I hate it.” She continued, “I’ve had a pretty emotional last six months dealing with our pregnancy, the miscarriage and trying to get pregnant again. I got pregnant with [our daughter], Alessi, so unexpectedly that I never envisioned us struggling like this with our second.”

one of my favorite memories of growing up is picking strawberries w/ my parents in the summer. oh the nostalgia🍓

Back in May, Lauren and Arie announced they had suffered the loss of her pregnancy. They said, “A little over a month ago, we got the most exciting news and we found out that we were pregnant with our second baby.” They continued, “We made so many plans. We bought a new house with more space, we planned how we wanted to tell you all and we envisioned our future with Alessi’s little brother/sister.”

The loss hit her hard, but now she is ready to continue growing their family and try again. When Lauren does finally get pregnant, it will be their rainbow baby.

And, in the meantime, Arie is right by her side offering support. In fact, after her loss, he bought her a new diamond ring. The ring was to remind her of strength and offer support during dark times.

Arie and Lauren got married in 2019 and have been going strong ever since. They have a bright, beautiful future ahead of them.

‘Gilmore Girls’ Stars Lauren Graham and Scott Peterson Have a Personal Accomplishment in Common for the Sake of the Show
Kelly Dodd’s Mom Dines Out Just ONE Day After Hospital Discharge
Khloe Kardashians Reveals Plans, Tristan Thompson Moves To Boston
Elizabeth Berkley Dishes On The Emotion Behind The ‘Saved By The Bell’ Reboot
Hallmark’s ‘Project Christmas Wish’: Christmas As It ‘Used To Be’