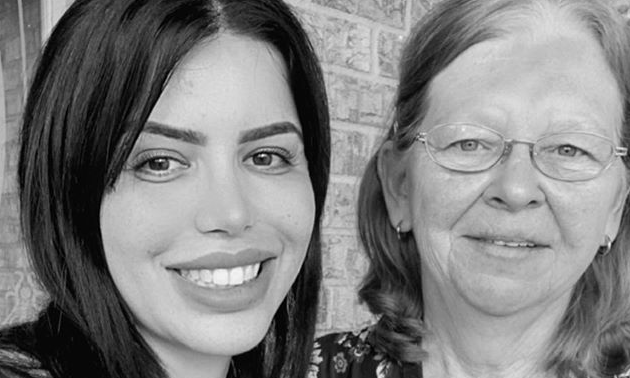 There are some things that you just can’t make up, even relating to reality TV! 90 Day Fiance: Happily Ever After? star Larissa Dos Santos Lima’s possible future mother-in-law goes by the name of Debbie. Yes, you heard that right!

After all the problems during her marriage to Colt Johnson with his mother, Debbie, she has found another man with a mother by the same name! Admittedly, this Debbie is unlike the controversial TLC reality star and hopefully, Eric is no mommy’s boy.

Larissa Dos Santos Lima has moved to Colorado Springs, Colorado with her boyfriend Eric Nichols. While they have had their ups and downs in their relationship, right now they are in a good place. Eric appears to genuinely care for Larissa, despite a previous breakup.

90 Day Fiance fans saw her progress in getting divorced from Colt Johnson. They then got to see Larissa taking up with Eric, then breaking it off again. When she decided to go back to Eric, she moved into his home in Las Vegas. Now the pair has made a major move to Colorado Springs.

However, it is where Eric and Larissa will be living that is amazing. It turns out they are moving in with Eric’s mom, Debbie.

Eric and Larissa setting up home together

Eric and Larissa had said at one point they were buying a home together in Colorado Springs. However, it seems in the meantime they will be living with his parents for the time being. While admittedly, Eric’s mom has the same first name as Colt’s mom, so far things appear to be much different.

So far, it looks like Debbie and her mom are getting on fine together. She posted an image to Instagram, with the caption, “Debbie, Eric’s mother and I” along with a smiling emoji. So hopefully, things will be different this time around.

There has been more drama in Larissa’s life, however, as TLC fired her due to her racy images and videos on OnlyFans and CamSoda. So far, she doesn’t appear to be worried about losing the contract. Larissa has plenty of fans and is currently making a good living on her OnlyFans.

On top of this, Eric seems to truly understand her, unlike Colt. As noted by Screen Rant, he accepts Larissa for who she is. Initially, Eric paid for her plastic surgery, and she has since paid him back. Let’s hope with the couple’s move to Colorado Springs, Larissa and Eric will enjoy a long and happy relationship. Hopefully, they will marry and Larissa will be able to bring her daughter Luana to America.

While we will no longer get to see Larissa on 90 Day Fiance: Happily Ever After? she is currently starring in the Tell-All. The next episode is on October 4 at 8 pm ET/PT. The following evening, October 5, will see the final episode at 8 pm ET/PT on TLC.