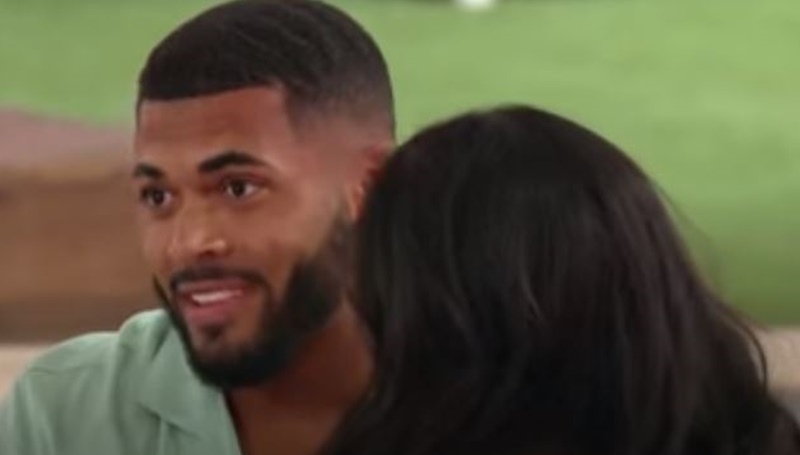 Love Island fans got put off by Johnny Middlebrooks when his ex-fiance exposed him. She claimed that she only found out about him being on the show a week before. And despite falling for Cely Vazquez, he ended up between the sheets with Mercades Schell. Now, his dad just revealed a “game plan,” leaving fans even more unimpressed.

Fans then heard that even Mercades felt disappointed in Johnny. After they kissed and made out, quite a lot of fans felt she was wrong for hitting on Cely’s guy. But, it seemed that fans only really heard his version of what went down at Villa Casa. And later she revealed in an interview with Entertainment Tonight, she believes that “Johnny isn’t who he says he is” She said it was all the other way around, and he chased after her.

Well, fans became less and less impressed with Johnny’s behavior. And after the latest episode of Love Island, they think he’s really bad news. When the families met remotely, Johnny’s dad mentioned that he liked Cely, and then dripped the bomb that Johnny went in with a “game plan.” Well, fans now think he’s not there for the love at all, and simply wants the prize money.

Fans quickly caught onto the comment about the “game plan.” One fan wrote, “Excuse me sorry did Johnny’s dad just say he didn’t stick to the gameplan?” And another one noted, “Johnny’s game plan? This guy doesn’t deserve Cely.” Other Love Island fans also posted about it. here’s what some of them said:

What we are not going to do is ignore Johnny’s dad saying he came in with a game plan. That coupled with Johnny’s fake tears makes it so clear he’s playing a game. Open your eyes people #LoveIslandUSA pic.twitter.com/1eYmXgW99X

And someone else mentioned, “Y ’all someone on ig said johnny not upset casa amour keeps being brought up. he’s upset his dad exposed him for having a game plan [on Love Island].”

What do you think about Johnny and his “game plan? Do you agree it proves he went on Love Island USA just for the prize money? Sound off your thoughts in the comments below.