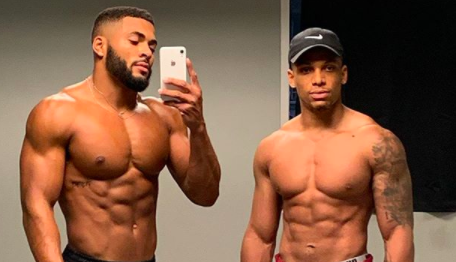 Not all is well in the Villa. Jonny Middlebrooks’s fiance has exposed him and how he behaved before Love Island US.

Johnny Middlebrooks was the last cast member added to the new season of Love Island in the US. He was brought in after everyone had already paired up. In true Love Island style, they made sure to mix it up by adding Johnny to the cast. However, according to ScreenRant, this wasn’t all smooth sailing. Apparently, his ex-fiance is making some pretty big accusations.

Tori Stenson has come forward to say that she was previously Johnny’s fiance. Apparently, she didn’t know he was going on the show until just one week before he left. Tori shared a clip on TikTok of her and Johnny. Johnny can be seen proposing to Tori.

“When i see my ex on love island saying he treats girls like queens like he didn’t tell me about it a week before he left,” Tori wrote on the TikTok post.

Definitely sounds like Johnny may not be the great man he’s trying to make everyone thinks he is.

At the re-coupling, Johnny went after Cely Vazquez. Hopefully he ends up treating her right and doesn’t make more drama then needed. However, it is Love Island so there’s just no telling what could happen.

Not every country is as lucky…

Unfortunately the UK isn’t as lucky as the US when it comes to a new season of the show. While the US decided to film in a secure location on top of a building in Vegas, the UK just postponed their season to 2021. However, now, they are trying to figure out what to do for next year.

COVID has proven that it can mess up events no matter how far into the future one plans. The UK team is considering moving filming to the UK instead of having it in Spain like normal. That way, the UK viewers won’t have to go without the show for two whole years.

Honestly, it may be in their best interest to do it that way. In the meantime though, UK fans did get to enjoy a re-air of the Australian version of the show. It seems there is plenty of Love Island to go around!

Have you been watching the new season of Love Island, let us know what you think in the comments. Come back to TV Shows Ace for more news on all of your favorite Love Island cast members.