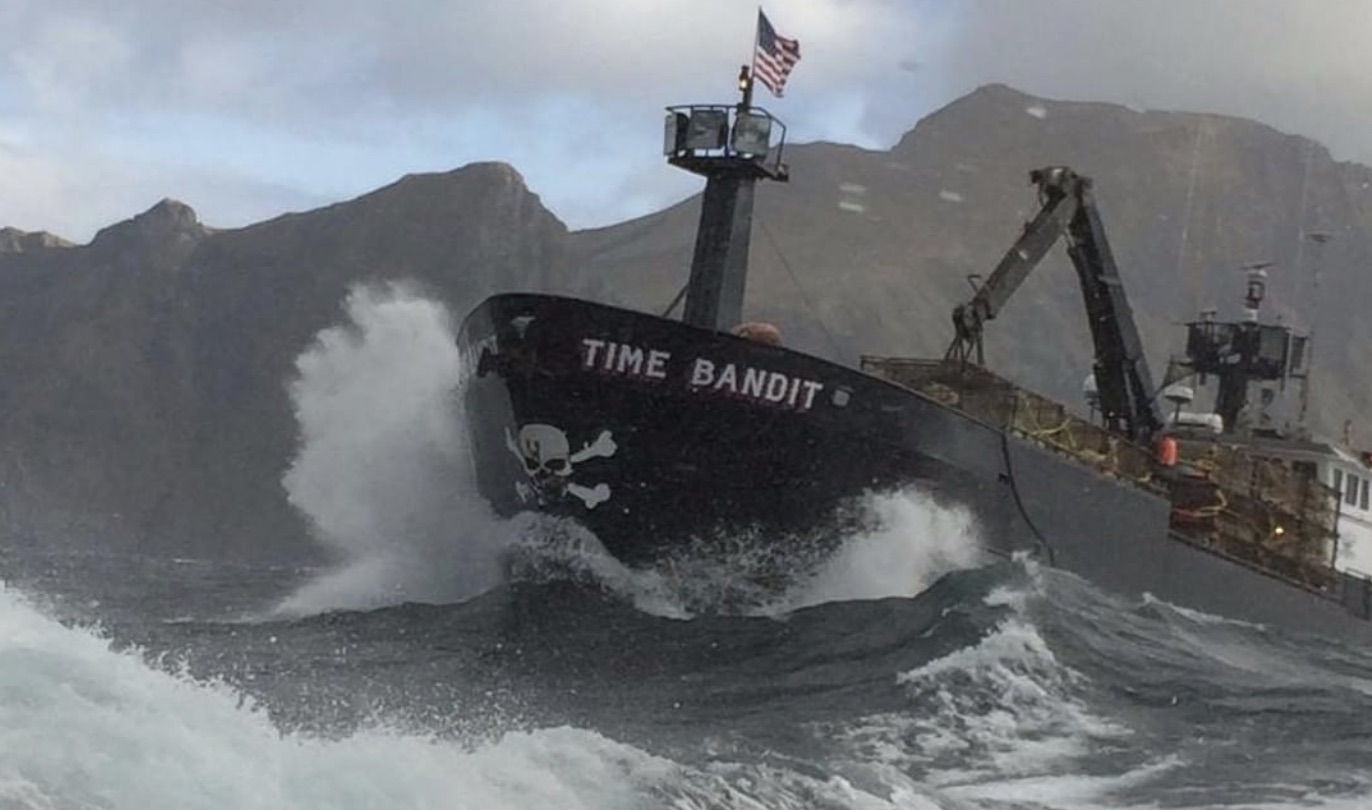 Deadliest Catch fans who have missed the F/V Time Bandit may feel some happy anticipation. The Hillstrand’s famed crab fishing boat is in Dutch Harbor. And, it looks like it is getting ready to go out fishing.

Does this mean that the F/V Time Bandit is going return to the Discovery show? This is what we know now.

The Time Bandit In Dutch Harbor, Will It Be On Deadliest Catch Season 17?

Deadliest Catch fans are starting to notice something pretty big happening on social media. The F/V Time Bandit is out of retirement. According to Neal Hillstrand’s new wife Sugayle Geissler, the F/V Time Bandit was in Homer, Alaska.

Neal Hillstrand, the youngest of the three brothers has been filming Facebook Livestreams. He is buying a whole lotta food and supplies in Dutch Harbor. Most of all, fans are getting excited. Is the F/V Time Bandit going out fishing again?

Better yet, will Discovery cameras be on the crab boat?

No one is saying anything. But, it is clear that the family is quite excited. Everyone is posting photos of the famed boat and sharing them on social media. This is leading to a lot of speculation and fanfare.

Dave Kolean wrote, “You guys better be back on Deadliest Catch. Neal Hillstrand!!! We miss you!” Patrick Griffin wrote, “Time Bandit fishing?” And almost in disbelief, Doug Sherman wrote, “The Time Bandit is back???”

Is The Time Bandit Still For Sale?

Is the F/V Time Bandit still for sale? According to a Dock Street Brokers listing, the boat is still for sale. The Deadliest Catch fishermen’s asking price is still a curious $2,888,888.

Built in 1991, the 113’x28’x7′ crab fishing boat has had several updates. This includes the galley, berths and four of the staterooms. The boat has been for sale for well over a year. It is not clear if they plan on taking the boat off of the market. That remains to be seen.

Then, there is the question of why it is on the market in the first place? Many fans have long discussed a lawsuit against the Hillstrands as the reason they need to make that money.

In 2017, Seattle PI reported that former F/V Time Bandit deckhand, David “Beaver” Zielinski suffered a life-changing injury while onboard the Hillstrand’s crab boat in 2013. This wasn’t work-related. He was aiming at Wild Bill’s then-boat, The F/V Cape Caution when the disaster struck. What happened?

While he was holding a launcher, a Time Bandit-brand firecracker exploded. This shattered Zielinski’s right hand and forearm. This injury was so severe, he had to undergo multiple reconstructive surgeries. Thankfully, he has regained the use of his hand.

The injured crabber’s attorney blamed the boat’s captain for negligence. Captain Andy was at the helm of the F/V Time Bandit at the time. But, he was preoccupied with a Seattle Seahawks NFL playoff game. Yet, it was revealed that he told Beaver to shoot off the firecracker at Captain Bill’s boat.

Later, at the trial, Andy himself admitted that his preoccupation with the game was the “gross dereliction of duty.”

After the shocking injury, Captain Johnathan tried to convince the injured crabber to claim this injury was due to fishing. Andy talked him out of this. But, according to a sworn statement, Johnathan Hillstrand only suggested it in order to “help out” the deckhand.

Where were the Deadliest Catch cameras? That could be a Discovery special, “Mystery of the Lost Video.” There were cameras showing what happened,  but all of the footage mysteriously disappeared.

In court, the Hillstrand lawyer pointed out that thanks to his recovery, Dave now makes $50 an hour as a union sheet worker. But, the jury originally awarded the crabber $2.7 million, but determined that he was half to blame. Thus, they cut the award in half.

The Hillstrand family has not said a word about this lawsuit. But, we know that Johnathan recently un-retired, and Captain Andy would like another round of crab fishing.

Deadliest Catch fans will just need to wait until 2021 to hopefully see the boat back on Discovery. As for the rest of the story, odds are we will still be hearing more crab tales.

Starz ‘Men in Kilts: A Roadtrip with Sam and Graham’ A Valentine To Scotland With ‘Outlander’ Stars, Preview
‘Sister Wives’ Kody Brown Owes Thousands In Taxes
‘The Young And The Restless’ Spoilers: Are Adam And Sharon Together Again?
Jon Gosselin Reveals He Was In Hospital, Shares Details
‘Sister Wives’: Meri Brown & Robyn Finally Getting Along?