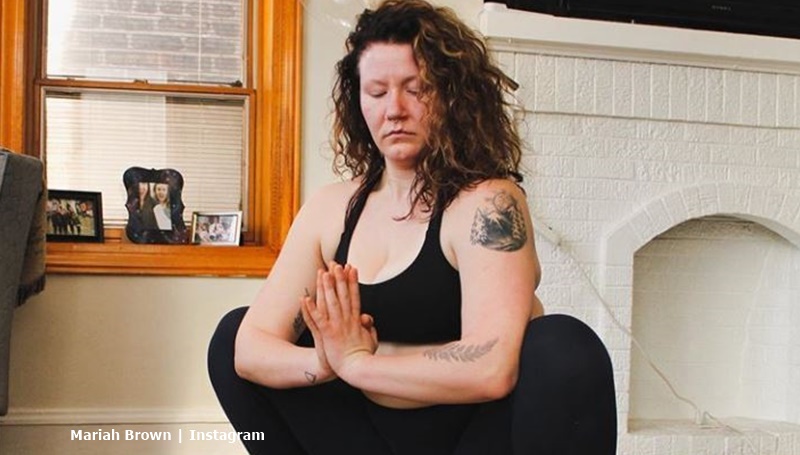 Sister Wives star Mariah stopped posting to her main Instagram page back in early June this year. It came after critics slammed her for pretending she’s some kind of “revolutionary.” However, that didn’t stop her from sharing plenty of radical liberal ideas on her daily Stories. Perhaps she gets a lot of critics via her DMs because, on Sunday, she ranted about not being a “snowflake.”

We reported in early June, that Mariah posted up a long rant about how riots helped transgender people get their freedom. As it came during the height of the Portland riots, a lot of critics slammed her. And, some of them even accused her of encouraging rioting just for some more notoriety. One critic said, “You are a joke! You clearly have no idea what you are talking about and are being used as a pawn. I ask you to please educate yourself. You are not revolutionary.”

Maybe lots of people now criticize her in her DMs, as these days the Sister Wives star solely posts Instagram stories that expire quickly. And, fans can’t publicly comment on her Stories. Presumably, she feels she needs justification for what she says. She ranted now, about not being a “snowflake.” As fans know, plenty of people hold similar sentiments as Mariah. And, she’s certainly not alone in pushing the idea of the radical left. However, it seems that some people think she came from a privileged background and tries culturally appropriating the blackface politically.

Mariah says she’s not a ‘Snowflake’

As the run-up to the elections moves long, Mariah Brown posts some rather radical ideas. Not her own by any means, these come well touted by the liberal media. And, that’s in keeping with her profile which describes her as a “black lives matter radical humanist.” On Saturday, she gave tips on preventing a coup. Taking the line of The Atlantic, she seems convinced that if necessary, Trump remains in power by force. And in fact, he often talks about not just accepting the election results right off. Guaranteed, he’s likely to appeal and fight any ballot he thinks might be fraudulent.

But, will he actually refuse to leave and force a coup as intimated by Sen. Bernie Sanders? Nobody knows for sure, and it depends on which news outlet you read on that interpretation. Actually, it sounds like the Sister Wives star literally believes that a coup is in the bag already. In fact, she sounds terrified. In her latest rant, on Sunday, Mariah said she’s upset because people are “dying because of him.” And, “people will continue to die because of him.” But, is it right to solely blame Trump for the deaths of people shot by the police?

Black deaths by police in the USA pre-Trump

Vox reported in 2015, that “US police…killed at least 5,600 people since 2000.” At the time, the outlet admitted the data’s flawed. But, it seems a high number. However, the years the outlet looked at, covered the entire period that Obama sat in office. It also covered times when George Bush sat in office and even a bit of Bill Clinton as president. So, perhaps, it’s a bit extreme suggesting that “because of Trump,” people get shot and killed.

Perhaps, other underlying social issues that need addressing as well? In the defense of her vocal stance on it, the Sister Wives star says that she’s “not a snowflake.” Mariah also said that she just wants “people who exist on this planet….to be able to continue living.” Well, it seems like many fans of the TLC show just want to see Mariah as part of a large polygamist family where she talks about her mom being catfished. Or, just coming out to Kody.

The fact that Mariah apparently takes some heat for her radical viewpoints might point to the fact that fans tune in for entertainment. After all, they could switch on any number of channels for a daily dose of politics if they wish. Everyone holds their own political views from both sides of the spectrum. And, Mariah’s entitled to think what she likes. But, there seems to be a bit of pushback against her using her Sister Wives platform for radical activist politics.

What do you think? Would you prefer to hear more about Mariah and her life with Audrey Kriss and her dogs? Or do you applaud that she uses her platform for social justice and political reform? Sound off your thoughts in the comments below.