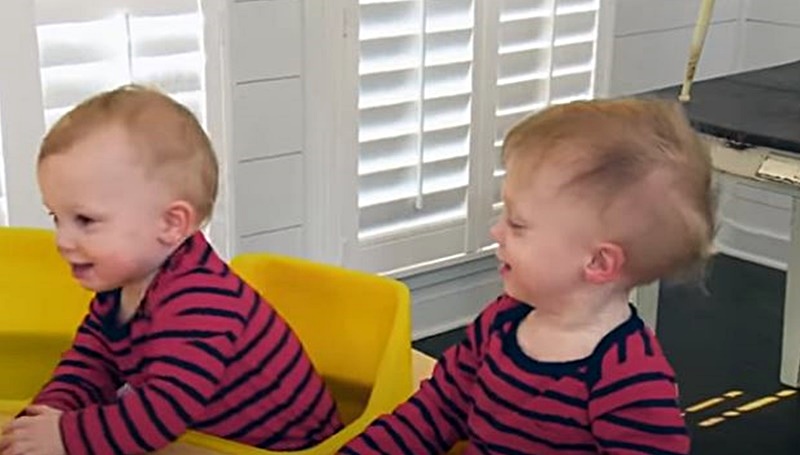 Sweet Home Sextuplets premieres Tuesday, September 29 at 10 p.m. ET/PT. And, a new very short teaser dropped on TLC’s Instagram. But, some fans seem a bit worried and didn’t like it all. They thought there’s nothing cute about siblings bullying each other.

We reported that in the new season, lots more chaos comes. Fans see that the Waldrop family worry as they live in the trailer. And, a tornado approaches. Plus, the kids already outgrew their cribs. “Already, the family barely squeezes in the cribs, never mind bigger beds.” Plus, the family deals with the quarantine in their very cramped space. So, expect much more of the usual chaos.

Actually, fans expect exhausting chaos from this TLC show. After all, they raise the 2-year-old sextuplets, Layke, Blu, Tag, Rivers, Rayne, and Rawlings as well as their older siblings, 8-year-old twins Wales and Bridge and 11-year-old Saylor.” But, with Doubling Down With the Derricos just ending, the much larger family proves multiples need not get out of hand. Maybe that’s why so many Sweet Home Sextuplets fans disliked the teaser that TLC dropped on Instagram this weekend.

On Friday, TLC shared a very short clip. It’s not clear which sextuplets feature as they both keep their backs to the camera. But, it looks like Blu standing in the corner. One of his sisters whips out what he stands on, and he falls facedown on the floor.  Some fans wonder why on earth they show this sort of bullying. A few people said, “cute,” but the majority seemed rather shocked at the scene.

In fact, some fans actually thought the kid who bullied her brother might be from a different show completely. One person thought it was Deavan Clegg’s child Drascilla. She’s known for rather undisciplined behavior on 90 Day Fiance. They wrote, “Omg is that the Drusilla sister hurting her brother!?” And, another fan noted, “Oh no I would send her to a corner…does anyone remember standing in corner seem like hours.” Sweet Home Sextuplets also got comments that included, “Oh my oh my gosh!” and “Oh d-mn!”

Feel like this year's pulled the rug from under you? Us, too. But the good news is that #SweetHomeSextuplets returns Tuesday at 10/9c, right after #LPBW. Watch live or set your DVRs!

Other critics noted, “bad girl!” and, “that was awful shame on her not cute at all!” One person wrote, “That’s just plain mean.” And, someone felt the child behaved in a  “cruel” way, adding, “not cute.” But, in all fairness to the Sweet Home Sextuplets show, the clip only lasts a few seconds. Possibly, in the show, fans see more of this incident and the parents discipline the child. Perhaps the Waldrops give her a serious talking to about bullying.

Remember to tune into TLC on September 29 at 10 p.m. ET/PT for the premiere of the show.