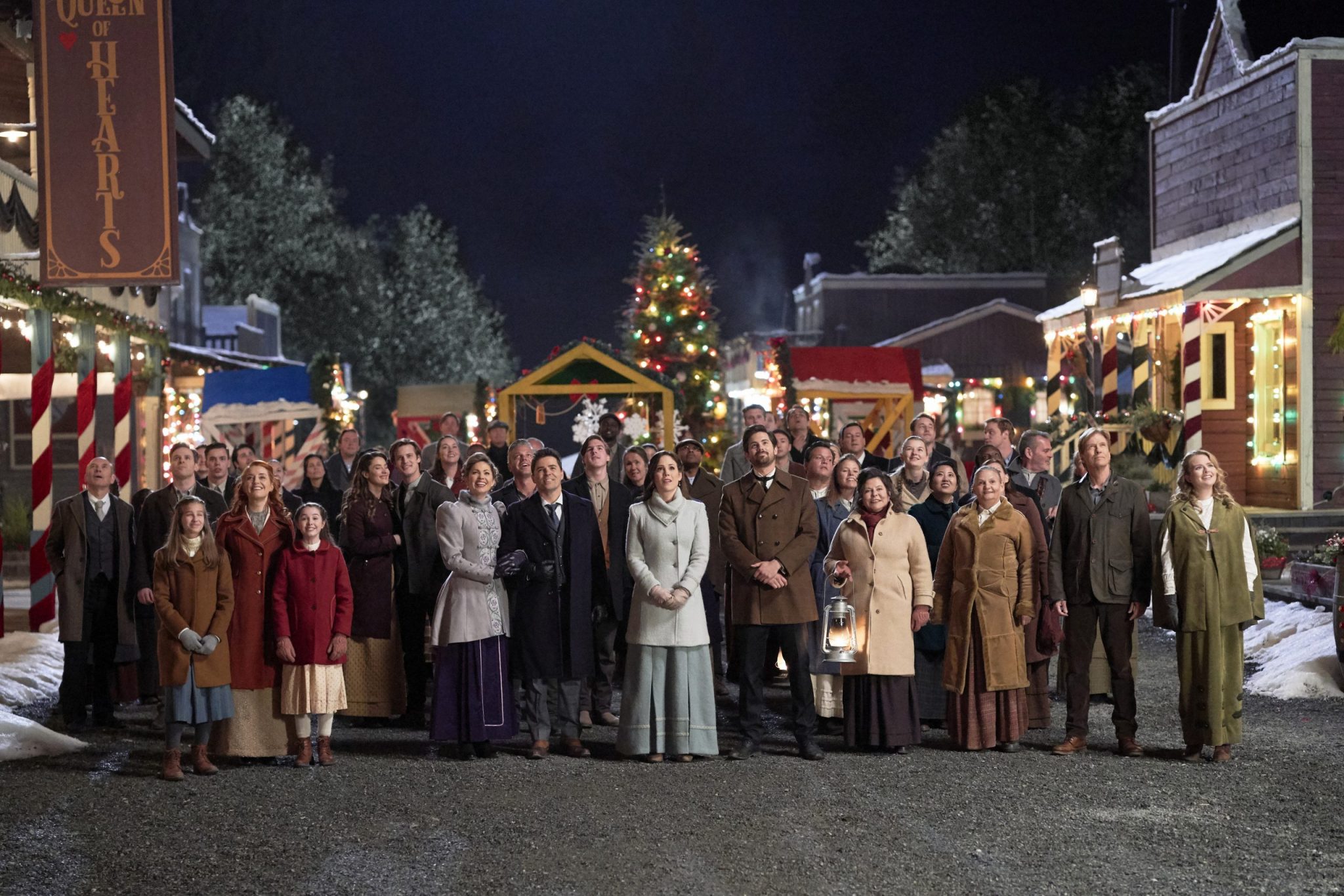 When Calls The Heart will not be airing its annual Christmas movie on Christmas Day.

But, hearties need not be alarmed. Hallmark already had two substitutes that should put smiles on every WCTH fan’s face!

Is There A When Calls The Heart Christmas Movie 2020?

On Wednesday, Hallmark announced their Countdown To Christmas 2020 movies. The list included over 40 original movies filmed in 2020. This was a feat that no one imagined back in March when the studio closed down all productions due to the coronavirus.

Hallmark had an answer to her tweet. They wrote, “While we weren’t able to complete a Christmas movie this year, we heard you and have added 2 new episodes this coming season and a special surprise on Christmas Day!”

This is quite a surprise. That is because, on July 15, Hallmark announced there would be a When Calls The Heart Christmas movie.

When Hallmark announced the When Calls The Heart Christmas 2020 movie, it was one week before the Season 8 series would go into production. Although there have been many posts about the upcoming season, there was no indication that there were any sort of safety issues or filming delays.

Erin Krakow had shared that they were going to work in pods, to ensure safety during the Covid-19 pandemic. That means all actors spent their time together, camera people, and so forth. Everyone was to remain masked, except for those who were in front of the camera.

In addition, they filmed mostly outside, in order to keep everyone safe. Catering would no longer be a big buffet. Instead, individual meals were wrapped and given to each member of the cast and crew. They followed the stringent Canadian laws that were created when they opened up for the film and television industry.

The When Calls The Heart 2020 Christmas Movie Substitutes

What are hearties getting in lieu of the When Calls The Heart 2020 Christmas Movie? First, there is the promise of two more WCTH Season 8 episodes. Hallmark did not elaborate on the tweet, so we don’t know exactly how many episodes this means. But, based on most of the seasons of the show, we can guess that they made 12 episodes. That is because most seasons were 10 episodes long.

The second is a “special surprise” for Christmas. There are so many ways this could go. For example, the cast has long wanted to do a WCTH musical episode. Could they have recorded a special musical show? This would be pretty wonderful to watch with the family on Christmas Day.

Or, Hallmark may have something else in mind. Right now, we need to wait for their official announcement.

Hearties, what sort of When Calls The Heart Christmas special would you like to see?