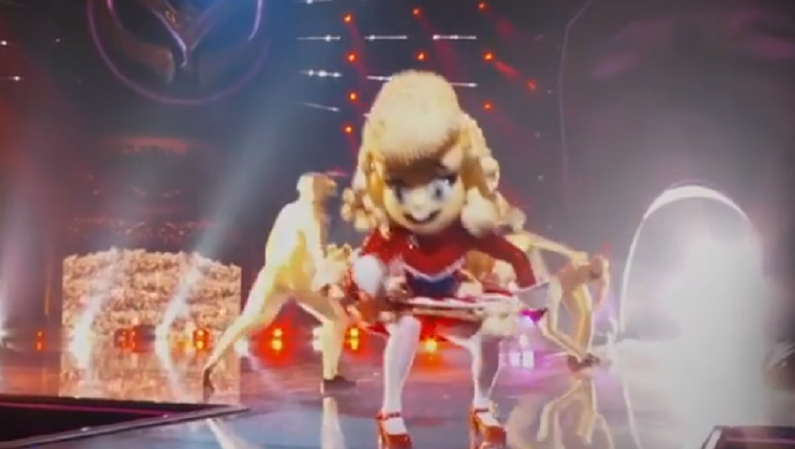 The Masked Singer Season 4 kicked off on Wednesday night, September 23. The Sun blew everyone away. Viewers had all kinds of theories for who could be hiding under there. There were also plenty of wild ideas about the Giraffe and pair of Snow Owls.

Unlike the other contestants, the Popcorn is a lot harder to guess. In her clues package, she revealed that New York City is her stomping grounds and she had a bit of an accent. But when the Popcorn sang, she was just as soulful as the other acts. There are some guesses as to who could be underneath the costume.

The Masked Singer Season 4 is the best season yet

America’s favorite singing competition returned on Wednesday night. And it started off with a bang. The premiere episode featured some powerful performers. This season returned with 16 contestants and Emmy-winning costumes. For the first time in the history of The Masked Singer, there is a pair of contestants competing together.

Host Nick Cannon showed the first five masks from group A: Sun, Snow Owls, Giraffe, Dragon and Popcorn. Of course, celebrity judge panelists Ken Jeong, Jenny McCarthy, Nicole Scherzinger, and Robin Thicke made their return for the fourth season. And it looks like The Masked Singer increased its talent level this season.

The Popcorn can sing just like the rest of them. She described herself as someone “who built a career around love.” She chose her costume because, like popcorn, she’s buttery, salty, or sweet. Some viewers think it’s an older singer who’s been in the industry for some time.

Who is the Popcorn?

The Masked Singer panelists made their guesses for who the Popcorn could be. Most of them feel that it could be Carole Baskin, Mary J. Blige, or Tina Turner. However, Carole is currently competing on Dancing with the Stars, so it’s probably not her. But Ken had a good reason even though he was most likely joking.

Mary J. Blige is a great guess since she loves to wear big hoop earrings. Tina Turner is another likely guess since she’s a seasoned singer in the industry. And she has great legs, just like the Popcorn does. Some could hear Tina’s tone when she sang.

What do the viewers think?

The Masked Singer viewers shared their input on Twitter. Some of them think it’s either Shaka Khan or Taylor Dayne. Since Shaka already competed on Dancing with the Stars, she probably wouldn’t mind joining another reality competition. Also, Shaka has numerous albums and 10 Grammy Awards under her belt.

Taylor Dayne was a popular guess on social media. Many fans said they could hear her voice from the moment that Popcorn sang. However, she’s too young to star in the black-and-white movies that were in the clue package. But Taylor did star in her own black-and-white music video. It’s not out of the question since she’s built her career on love songs.

Who do you think the Popcorn is? Sound off below in the comments section.