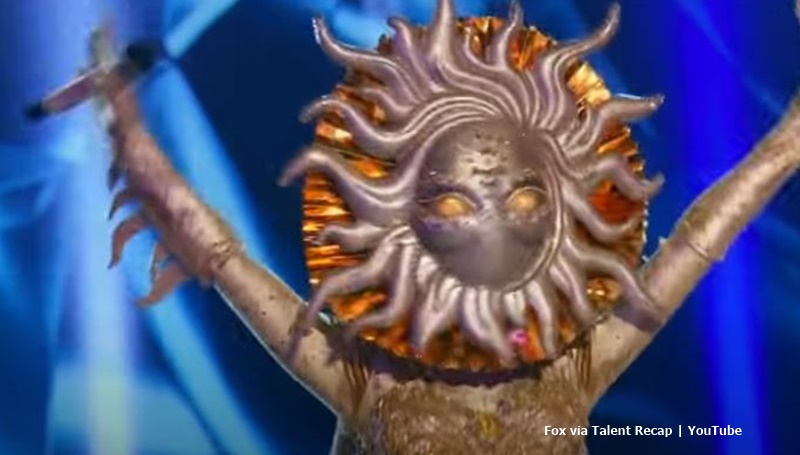 The Masked Singer on Fox really brings some interesting costumes this season. And the bright Sun quickly caught the attention of fans during Wednesday’s premiere. Naturally, fans all try guessing who lies behind the masks.  We already reported that multiple guesses came for a very cute-looking Snow Owl duo. But, fans think they already guessed about the identity of the Sun

During the premiere, five excellent performances thrilled viewers of the Fox show; Of course, guessing the identities of the talented performers makes up for a lot of the fun. Good Housekeeping suggested that they think the Sun “is Grammy winner LeAnn Rimes.” They came to that conclusion through a lot of clues. But, notably, “Sun says they picked this costume because they “love to light up the world.” And, “we’ve all had periods of darkness, but my powerful rays have been known to break through the clouds.”

Bear in mind, that LeAnn Rimes performed at the opening ceremony of the 2002 Winter Olympics in Salt Lake City, Utah. But, other people suggest Olympian Lindsey Vonn. And, teasers for the show revealed at least one Olympian performs in Season 4 of The Masked Singer. Recall that Lindsey’s the first American women winner of a gold medal. It came during the downhill competition at the 2010 Winter Olympics.

Other guesses on social media

Twitter comes alive with fans who try and guess the identities of the people under the costumes. Lots of interactive ideas get swapped there. One person suggested “Kelly Osbourne is the sun” But another person felt it more likely the Sun hides “Demi Lovato.” However, taking into account those well-hit “high notes,” someone else feels that the costume hides “Alicia Keys.” Meanwhile, other fans sounded very frustrated as they can’t place the voice, but they recognize it.

The Masked Singer fans also threw out names like “Gwyneth Paltrow,” “Britney Spears,” and even “Christy Romano.” Admittedly, Goodhousekeeping‘s not alone in thinking the Sun might turn out as LeAnn Rimes. Lots of people suggested that. And, plenty of them felt that the clues make it way too obvious. One noted, “The sun is Leann Rimes. She battled depression and was in rehab. Wrote a children’s book called Jag.”

Other performances that get fans thinking

The thoroughly entertaining premiere performances also revealed an enchanting dragon, popcorn, and a giraffe. So, hours after the show ended, fans still enjoy playing their guessing games. Who do think hides underneath the Sun in The Masked Singer? Do you agree it could be LeAnn Rimes? Or, what about some of the other guesses that fans made? Who do you think they are? Share your ideas and why you think you know in the comments below.