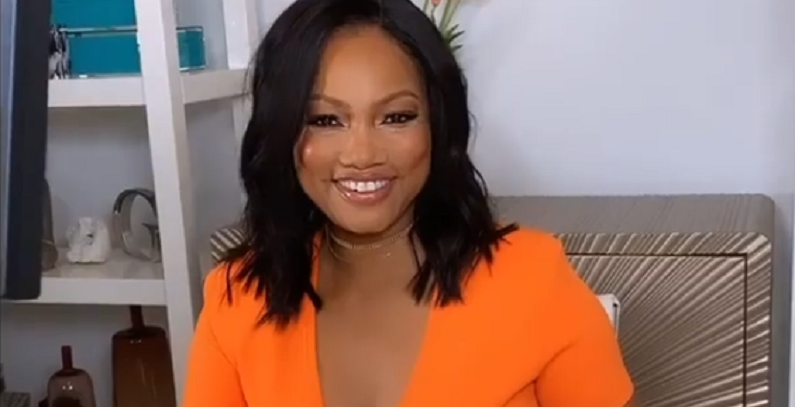 Garcelle Beauvais made history as the first Black Housewife on The Real Housewives of Beverly Hills. Fans loved her. Unfortunately, that wasn’t the case for all of her co-stars. Garcelle found herself at odds with Kyle Richards.

But it was Denise Richards who became the punching bag of the season. Brandi Glanville alleged that they hooked up and most of the co-stars sided with her. However, Garcelle showed her support for Denise. She even said that if Denise were to leave the show, she would as well.

So, does that promise still stand? Or, did Garcelle have a change of heart?

Garcelle Beauvais talks about her future on RHOBH

On Monday, September 21, Garcelle Beauvais made her grand debut as the co-host of The Real. She made it clear that she’s the perfect fit for the show. Even the fans loved her, as Amo Mama reported. But some are concerned since they loved her on RHOBH as well.

Later on in the talk show, Denise made an appearance since her exit. Garcelle previously said that if Denise were to leave the show, she would follow suit. The friends made a promise to each other. Adrienne asked Garcelle if Denise’s exit meant she was leaving.

“I did say that,” Garcelle responded. “You know, I had a really great time doing the show. It’s up to Bravo but I’m definitely up for the next season.”

This might come as a shock to fans. Some were sure that Garcelle’s new stint on The Real meant she was leaving RHOBH behind. Others thought she would stick to her word. Denise and Garcelle formed an alliance, especially after Season 10.

What about Lisa Rinna’s “warning”?

Garcelle Beauvais claims she had a good time on The Real Housewives of Beverly Hills. If there’s one thing she didn’t like, it’s that she wasn’t on the show enough. The actress clearly has a busy schedule. It’s any wonder if it’ll ramp up with her co-hosting The Real. In an interview with Decider, she reflected back on her season of RHOBH.

“Sometimes it was hard just because I feel like we’re grown women in this day and age,” Garcelle said, mentioning the drama in Season 10. “Bringing down another woman is not really ok. There are ways to disagree, there’s a way to speak your mind, but to try and take another woman down, I’m not down for that.”

She also revealed the “warning” that Lisa Rinna gave her. If Garcelle would to stay on the show, then she could become the next punching bag. Rinna warned her during the taping of the virtual reunion. Garcelle’s eyes made it clear that she didn’t like what her co-star said.

“It’s interesting, when we shot the reunion, Rinna said something along the lines of, ‘Your first season is always fun and then the second season…'” Garcelle’s voice trailed off before she added, “And I go, ‘Is that a warning?’ and she was like, ‘Yeah.’ And I was like, ‘oh s***.'”

Many fans found Garcelle a breath of fresh air. She allowed viewers into aspects of her life that are seemingly normal. Garcelle became known for her honest candour. She also had iconic lines which as “white people stuff.”

What are your thoughts? Do you think Garcelle will return for RHOBH Season 11? Sound off below in the comments section.