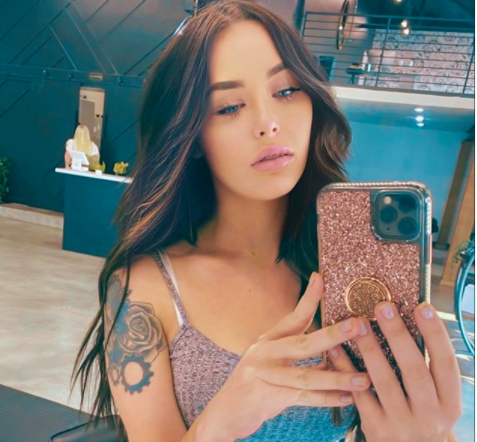 Their future is over. 90 Day Fiancé: The Other Way stars Deavan Clegg and Jihoon seem to be over. Deavan has now confirmed that she filed for divorce from her estranged husband.

Deavan Clegg and Jihoon are no more

The young star Deavan Clegg has now revealed that she filed for divorce just one month after they publically revealed their split.

According to InTouch Weekly, Deavan posted to her Instagram Stories saying, “Woke up to a lot of hate mail. I want to say this once: I’ve tried to get the divorce finished. Jihoon has not yet signed,” on Tuesday, September 22. She went on to say she’s been trying and then asked everyone to leave her alone about the topic.

Fans have been obsessed with speculating about Deavan and Jihoon’s personal life both while watching the show and just by watching their social media.

On social media, fans actually began to think the couple had split when Deavan started posting photos from Utah in May. Then back in July, Deavan officially shared that she and Jihoon were not quarantining together.

Despite the 90 Day Fiancé couple’s recent relationship struggles,  Deavan’s mom Elicia tried to reassure everyone that Deavan and her kids were simply just visiting Utah when they were unable to return to South Korea due to the coronavirus.

But, this appeared to be more of a cover for the pair. On the July 13 episode of 90 Day Fiancé: The Other Way, Deavan said, “I just really need some time away from Jihoon to figure out whether I’m going to stay with him or if I’m going to go back to America and leave him.

My little duck 💕🥰 his hair always reminds me of a cute duck. No matter what I do it always sticks up and it’s the cutest thing in the world my heart ❤️ #90dayfiancetheotherway #90dayfiance #momandson #momandbaby #momma #babyboy

Deavan’s mom likes to cover up for them

The break-up drama has really taken a toll on the personal lives of Jihoon and Deavan Clegg. It even got to the point of Jihoon turning off the comments on his Instagram account, because they would always appear any time he posted new content.

Deavan’s mom also spoke out about Jihoon’s Instagram actions once again reassuring fans that “there’s nothing to worry about.” She continued on saying, “Reality TV is a very difficult thing to do. It’s a barrage of both love, and of extreme hate.”

Elicia went on to point out that what viewers see on TV is nowhere near the full story. They only see a fraction of their lives condensed down into a TV show, so it is often difficult dealing with haters when they don’t know everything that happened.

But this time around it seems the fans were right with these speculations.

What do you think of Deavan Clegg and Jihoon’s Lee divorce? Let us know what you think in the comments below. Be sure to watch new episodes of 90 Day Fiancé: The Other Way airs on TLC Mondays at 9 p.m. ET.

Follow us on Instagram @tvshowsace and subscribe to our YouTube channel. And, come back to TV Shows Ace for news on your favorite reality TV stars. There’s a lot to keep up with and we are here to help!