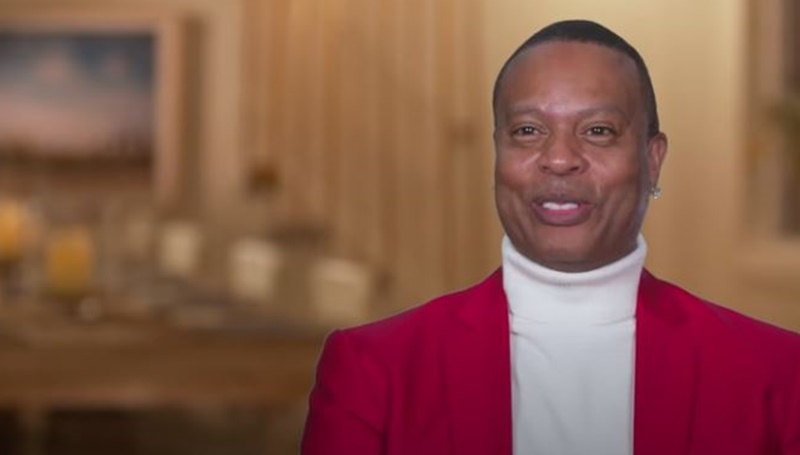 Marrying Millions fans love to hate Rodney Foster and Desiry on the Lifetime show. They accuse them of a fake relationship and believe Rodney should come out of the closet. But, when they didn’t feature in the last episode, fans grumbled that they missed them. So really, he’s a fan-favorite. And right now, he’s reportedly getting Hollywood buzzing and everyone who’s anyone wants to meet him.

Rodney and Desiry’s storyline on the show gets many fans wagging their tongues on social media. Some trolls accused him of preferring his own gender and stringing everyone a line. Eventually, both of them came out and said they simply don’t fake anything. Then, some fans felt that he just looks and acts that way because of his massive multiple millions of dollars. He looks for someone who loves him and not his many millions.

Now, it seems that the Hollywood elite wouldn’t mind tapping into those millions either. The Blast reported that they heard that he’s the flavor of the month in tinsel town. Apparently, Rodney’s “been in Los Angeles taking meetings with powerful celebrities and the biggest social media influencers.” And no, not for self-promotion, but for a “possible ambassadorship with his massive wine company, Edelheiss Wines. The news might surprise Marrying Millions critics.

On Twitter, plenty of critics talk about “all the wrong reasons,” “fakery” and “five minutes of fame.” But it seems Rodney doesn’t need that at all. In fact, those with way more than five minutes of fame reportedly want to be his bestie right now. A source told the outlet that “A-listers” court Rodney as they show him “a good time around L.A.” It seems that a sure-fire way to make millions comes with acquiring an alcohol brand.

So influencers reach out hoping “they can acquire part of the company and become its spokesperson.” The Eidelwines Instagram account reposted Rodney checking out the product. In the caption, it read, “Good morning! @edelheisswine is voted one of @wegmans Favorites.” Over on the company website, they explain, “Edelhiess produces premium 100% Organic wine from the Rheinhessen region Zellertal, Germany.” It’s a well-known brand.

In 2018, the Marrying Millions star talked about the company which he founded. As the CEO, he sounds very devoted to the product.

Rodney’s from DC – maybe plans a move to LA

Rodney comes from DC where his wines first rocked the community. But, maybe the Marrying Millions star plans a presence in Los Angeles. And judging by reported excitement by the A-Listers there, he’d be very welcome.

What do you think about Hollywood buzzing about Rodney Foster? Sound off your thoughts in the comments below.