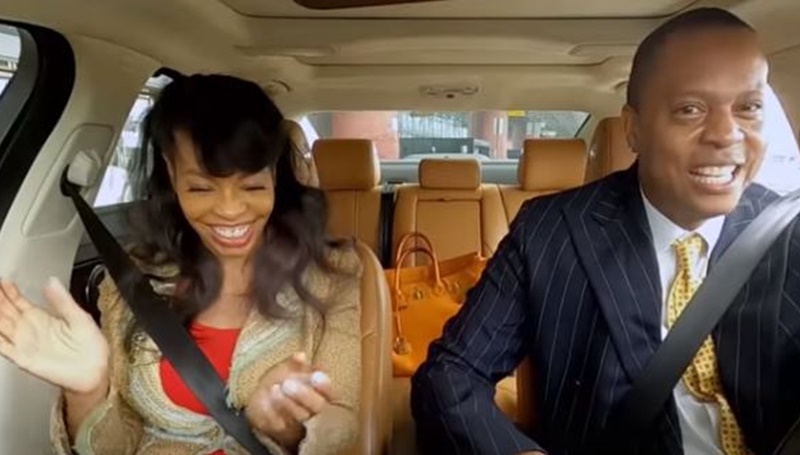 Marrying Millions‘ new season brought Rodney and Desiry to the Lifetime show. Right from the start fans slammed than for a fake storyline. But Desiry denied they fake anything and claim it’s as real as it gets.

Marrying Millions – why fans think Rodney and Desiry are fake

Reality TV fans expect a lot from cast members. Despite many of them coming along with baggage and flaws, fans still support them. But one thing they hate is fakery. Even the best-loved TV stars lose fans if a fake storyline becomes exposed. Everyone knows a certain amount of editing takes place. But, fake people make fans feel almost as if something got stolen from them.

Actually, Marrying Millions fans think Rodney’s a nice enough person. And, so far, they can’t really find much wrong with Desiry. But, plenty of them think that Rodney should come out. They believe that he’s LGBTQ. And, we reported that they think his mom knows it. But, apart from five minutes of fame that Rodney scarcely needs for his bank balance, why would they fake it? Desiry claims there’s nothing fake about them.

Desiry opens up about haters

All About the Tea interviewed Desiry and Rodney. Desiry answered questions about the hate they get from Lifetime fans. She told the outlet, “When love is real and it comes from the heart, it’s not something you have to force.” She feels that everyone works at making a “relationship” work. They all come along with “differences.” And, she knows that everyone deals with “bumps in the road.”

The Marrying Millions star said they just hope that people see their story unfold. She feels that people might “learn something” from watching them. Finally, she noted they don’t “fake” anything. In fact, they “expose” their “[real] lives.” She also noted that fans should not be so “critical.” Plus, “Love is love and you just have to let love grow.”

Denial might not be enough for Marrying Millions fans

Well, it seems that all the denial about fakery might not convince fans. Convinced that Rodney’s LGBTQ, they still say things like, “ I think Rodney‘s mom pretty much said what we are all thinking. She knows who he really is and he just needs to come out and tell her. Man we see you.”

Certainly, it looks like many of them need way more convincing to believe that Rodney’s really into Desiry. As one Marrying Millions fan pointed out, “Rodney‘s mom knows what’s up!! She ain’t believing sh-t.” Well, nor are the fans of the Lifetime show, judging by many similar comments.

Am I the only one thinking the reason Rodney on #MarryingMillions hasn’t introduced Desiry to anyone after 2 years is really because he’s gay?! He has more feminine qualities than me. @lifetimetv Ep 4 made me think he’s hiding it because of his mother! #sad

However, maybe fans could give them the benefit of the doubt and just watch through the season to discover how it all turns out.

Netflix Adapts Dark Horse Comic ‘Grendel’: What We Know
Michelle Young Surprised Herself As ‘The Bachelorette,’ Why?
‘Bachelorette’ Alum Clare Crawley Spotted On A Hot Date After Dale Split?
‘Bringing Up Bates’: Kelly Jo Shares Touching Tribute To Husband Gil
Josh Duggar Scandal: Who Could Help Pay Up To $500,000 In Fines If He’s Guilty?