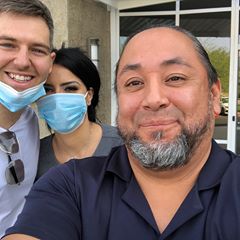 90 Day Fiance: Happily Ever After Larissa Lima and boyfriend Eric Nichlos has been a very popular couple this season. The two are moving forward and are taking steps to further their relationship!

Ever since fans have met Larissa Lima, they have been intrigued by the Brazilian sweetheart. Whether you like her or not fans continue to watch with fascination. We were first introduced to the beauty when she came from Brazille to be with Colt Johnson. Colt and Larissa married but had a very rough start, from jealousy issues to an overbearing mother in law that the couple lived with. The marriage quickly ended with Larissa Lima receiving charges for assault toward her now ex-husband Colt.

Larissa eventually found love again with her now-boyfriend Eric Nichols. Eric seems to take good care of Larissa and loans her the money to have cosmetic surgery. Eric then took care of his new love as she recovered from the painful surgery. It seems now the couple is taking a new step together and moving to Colorado together!

Its been no secret that Larissa is making enough money now to support herself with all the surgeries she has had to improve her body. From Onlyfans page that charges $25 a month to her Camsoda video’s, she can afford more now then she ever has. With this new-found wealth, it looks like the couple bought a new home and is leaving Las Vegas.

Larissa recently posted pictures of a new house the couple has bought. She wrote on her Instagram page “House closed today! We are moving and ready for Colorado Springs.” Many fans posted comments on her page in support of the new step the pair is taking and offered many comments such as ” I did NOT like him until I got to see him this season. He seems like a great guy. You two are adorable together”, another supporter wrote.

”You look fantastic, Larissa! What an inspiration. Get that coin, girl!” Living well is the best revenge. With all the positive comments there’s about half the amount of negative comments too, one person writes.” So annoyed watching Larissa buy herself expensive gifts and procedures while her child is in a different country not be taking care of!”

The two seem to be happy together and rumors of engagement have been swirling around the TLC 90 Day Fiance community. Whether this is true or not, no one can say for sure until the couple decides to make it public and make an official announcement.

Khloe Kardashian Gets Trolled For Being ‘At Peace’ On Tropical Getaway
‘DWTS’: AJ McLean To Tackle An Emotional Routine About Addiction
Adam Busby Posts Content You Never Saw Last Season
Are Bravoholics Boycotting ‘RHOC’ Over Kelly Dodd?
Kylie Jenner Gets Candid On Hiding Personality From Fans