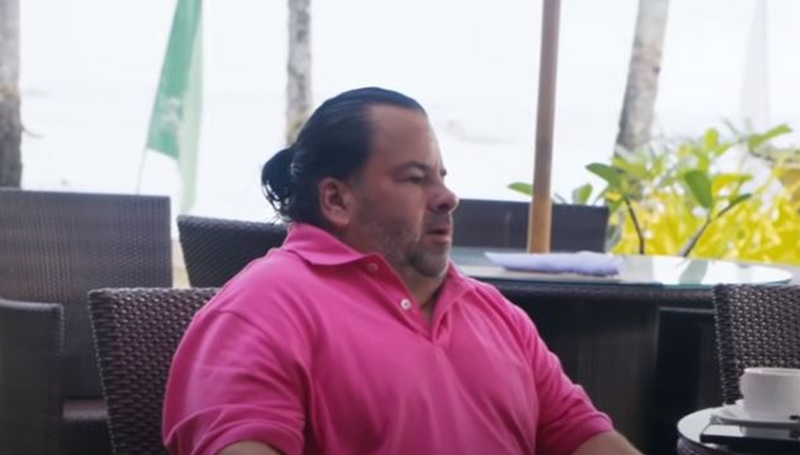 90 Day Fiance star Big Ed accumulated a massive amount of fans. However, he also racked up record numbers of critics as his season with Rose progressed. He works his five minutes of fame big time with public appearances. And, as he seldom wears a mask, fans predicted he could get COVID-19. However, critics fear something else just as much. It looks like potentially, Big Ed films for another season with TLC.

We reported that Big Ed’s “not all that popular with many fans of TLC. They hated his treatment of Rose. They also hate that he thinks ‘he’s the best thing that ever happened on the franchise.'” Even if he came with a normal-sized neck, he’d probably get trolled on for the way he treated Rose.  Plus, “Many of them believe he’s totally weird and very odd.”

Keen for exposure, Ed seems to grab any opportunity for milking his five minutes of fame. Critics slam him for it. But, one thing they don’t want is to see him back on the 90 Day Fiance franchise. Unfortunately for them, controversial characters often end up in other spinoffs. So, the chances that he films again seems highly probable. Seen with a camera crew, critics and fans discussed the possibility on Instagram.

What is Big Ed filming for?

The 90dayfiancenews account on Instagram shared some screenshots. They captioned it with, “Big Ed was spotted filming with a ‘date”’this weekend. 🎥 He reposted many story mentions on his Instagram which showed him surrounded by cameras in San Diego on Friday night.📍What do you think he’s filming for?”

Actually, his critics really hoped it’s not for TLC. One said, “Ugh…but of course…Here come another Colte that all of a sudden gets women to fall on his lap. (nothing to do with the cameras following him around) 🤦‍♀️ Makes me wonder if TLC isn’t getting new applications 😑.”

Another 90 Day Fiance critic wrote, “So we get to watch him take advantage of another female? Wake up TLC, he is a predator.” But, in fairness to Big Ed, some fans like him a lot and really hope he films a TLC spinoff.

Ed’s a typical example of a cast member who fans either totally love, or desperately hate. No gray area with him. It seems fans either hate or adore the short little man. Those people who admire him said they really hope for more of him on the TLC show. One said, “Yay keep filming 90 day forever.”

What do you think Big Ed films for? Could it be a new show with TLC? Would you like to see more of him on 90 Day Fiance? Sound off in the comments below.