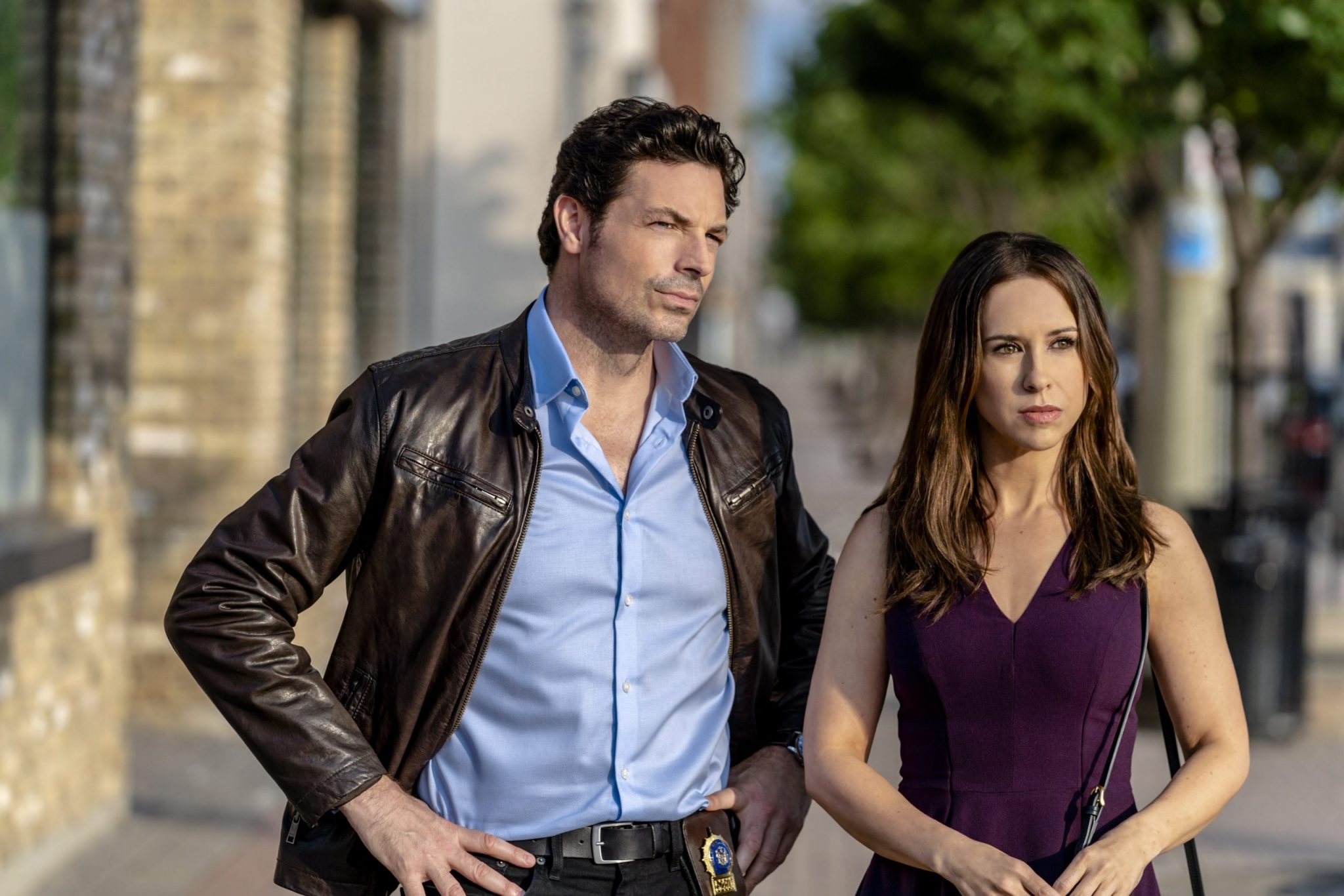 Hallmark fans should start getting excited. Brennan Elliott and Lacey Chabert are getting ready to film not one, but two movies together.

What do we know about their upcoming projects?

On Monday, Hallmark hunk Brennan Elliott went to Twitter to announce his latest project. He is reuniting with this All Of My Heart co-star Lacey Chabert. And, they are filming two movies! They are filming more episodes for the Hallmark Movies & Mysteries series, Crosswords Mysteries.

He shared, “Heading up north to join my partner in crime @IamLaceyChabert to solve 2 more puzzling crimes! hoping to bring them to you in new year! @hallmarkmovie #crosswordmysteries #sleuthers”

The Crossword Mysteries are a unique Hallmark mystery series. New York Times crossword puzzle creator and editor, Will Shortz co-created the series that evolves around crossword puzzles. Lacey Chabert plays Tess Harper, crossword editor. Tess always finds herself in the mist of a murder. Brennan Elliott plays Lt. Logan O’Connor. Throughout the series, they work together, and seem to have quite a bit of chemistry. Yes, there is a blooming romance!

Although Brennan states that they are filming two Crosswords Mysteries, according to his IMDb page, there are three new films listed. In lieu of titles, they are individually listed as Crossword Mysteries 4, 5, and 6.

Of course, they could have been planned and listed prior to the coronavirus quarantine. Although fans would love to have three new mysteries, they will certainly be happy that there will be two filmed. Sounds like they will be airing in 2021.

First, Brennan will need to quarantine 14 days before he is able to go on set. They have been able to film Hallmark series, movies and mysteries by following safety procedures. That includes masks and staying in pods, their work team. Lacey is already in Vancouver. She is winding up her own Hallmark Christmas movie.

Speaking of reunions, currently, Lacey Chabert is filming Christmas Waltz with Will Kemp. Lacey and Will previously starred in Love, Romance and Chocolate. It is still a Hallmark fan-favorite romance, just as Christmas Waltz is sure to be a Christmas classic.

Directing this new Hallmark Christmas movie is none other than Young and the Restless alum, Michael Damian. They are also in Vancouver, filming.

Lacey, Will and Michael have all shared a lot of fun photos from the set. This looks to be an elegant and beautiful romance. They spent quite a bit of time prior to filming just learning the choreography. Prior to acting, Will Kemp was a professional dancer. They have been working with award-winning choreographer, Jean-Marc Généreux.

Heading up north to join my partner in crime ⁦@IamLaceyChabert⁩ to solve 2 more puzzling crimes! 🍾🎉 hoping to bring them too you in new year! ⁦@hallmarkmovie⁩ #crosswordmysteries #sleuthers pic.twitter.com/it1jMQTapG

Before the coronavirus pandemic, Brennan Elliott and Sarah Drew filmed Hallmark’s Christmas In Vienna. They actually began filming in Vienna, Austria before Christmas 2019. After the holidays, they completed the movie in Bucharest, Romania, well before any shutdown.

Best of all, Elliott, who plays an American Diplomat in Vienna, promises a movie with a lot of smiles. “Music, humor, love, romance, food and cutest kids ever!”

Sounds like the comfort viewing we all need this holiday season!