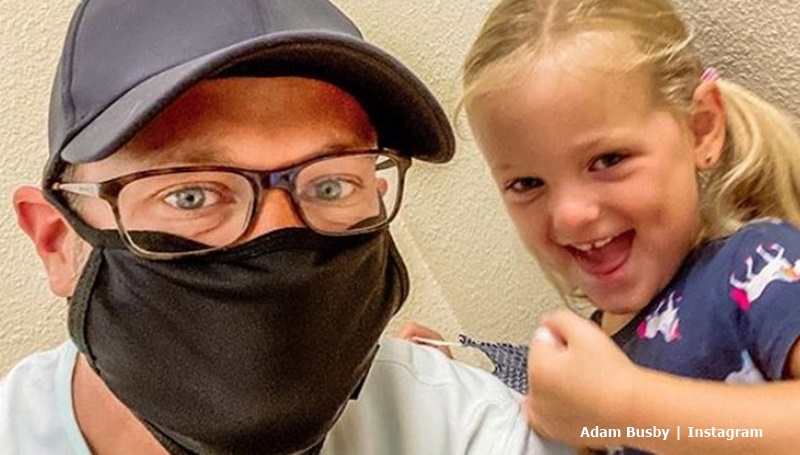 OutDaughtered mom Danielle Busby shared about the quints starting Kindergarten. At the time, Blayke never returned to school. But now, Adam Busby said she also went back. So he’s got time on his hands. And, they might need to get creative.

OutDaughtered – the quints and Blayke return to school

When the quints started at Kindergarten, we reported that Danielle posted up a photo that showed they all selected the same Graeson Bee outfits. Well, that came in mid-August, and at the time she couldn’t express enough surprise at how fast the years went by. Really, the girls got big now. Not babies anymore, they all seem well on their way to loving big school.

Now, Blayke also started back at school. And, taking to his Instagram, Adam sounds a bit down about it. After all, they kept the kids home for such a long time with the coronavirus. Adam shared a photo of himself looking pensive. He captioned it with, “And just like that. All 6 kids are off to school 5 days a week… now to just get organized with all this new found time!” Plenty of OutDaughetred fans engaged with him on that.

Adam needs to get creative he says

In the comments section of Adam Busby’s post, people joked about how he could maybe babysit their kids. One person suggested collecting “pocket knives.” Then, others talked about him taking photos with his nice cameras. One fan commented, “just wait, till they all go away to college and then they never move back home…😭😭😭😭Believe me, it’s sooner than you think…keep them close and enjoying every minute💜.”

But one OutDaughtered fan suggested, “I have an idea. You can film another season! We look forward to watching.”  Adam nicely replied to that but pointed out one obvious flaw. He noted, “but the kids are all off to school! 🤷🏼‍♂️ We are going to have to get creative.” Good point, after all, the TLC cameras can’t follow the kids all around the school every day.

How could Adam still film for the show with the kids at school?

Fans might recall that last year, Riley went into kindergarten ahead of her sisters. TLC actually made an episode of her visiting her sisters in their Pre-K classes. But, TLC’s a bit limited on how often they could do that. Perhaps they could film Adam and Danielle at home. But historically, that ended up revealing a nasty side to Adam in the edits. He got so angry about comparisons to Jon & Kate Plus 8, that they took a hiatus from filming.

Perhaps they could film for OutDaughtered on the weekends. And then, during the week Adam could produce a few more episodes for his It’s A Buzzworld channel on YouTube.