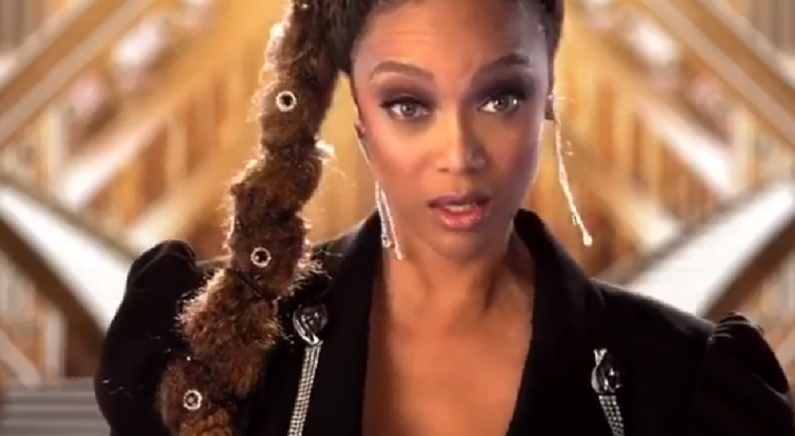 DWTS premiered on Monday night, September 14 with new host Tyra Banks. Fans are not happy. They’ve been outspoken about the shocking firings of Tom Bergeron and Erin Andrews. On Monday night, they took to social media to demand that the former hosts return to the show.

The new season kicked off on a different note. Tyra walked onto the ballroom as if it was her runway. She wore a dramatic red evening gown with matching elbow-length gloves. Five minutes into the episode and fans were already missing Tom, who they feel was the “heart” of the show.

It didn’t take long for fans to complain about the new season.

Over the summer, ABC and BBC Studios announced that they’re revamping DWTS amid the COVID-19 pandemic. Tyra Banks replaced Tom Bergeron and Erin Andrews. ABC claims that it wanted to “embark on a new creative direction,” in a statement via Deadline. The network wanted to refresh the show.

But DWTS fans didn’t want anything to change. They just wanted to see their favorite stars compete with their favorite dancing pros. It appears that the show finally got that right with its new cast. Although DWTS has a star-studded lineup, fans aren’t happy with Tyra Banks taking over the hosting duties. Many of them took to Twitter to share their frustration.

“I know it’s only her first night, but I’m really not feeling Tyra Banks as the new host,” one fan tweeted.

Other fans revealed that they’re missing Tom and Erin.

“I’m trying to give Tyra chance, but I miss Tom Bergeron,” a second fan wrote on Twitter.

Most of the other tweets weren’t as kind. Fans exclaimed they were sick of Tyra’s presence. Others want the focus to be on the contestants rather than Tyra. As TV Shows Ace previously reported, DWTS fans complained about the Season 29 promos because it mostly focused on her.

“Can Tyra Banks be the first person voted off, thanks! #dwts” one user wrote.

“2 minutes in and I’m already over #TyraBanks as host #DWTS,” another said.

“Tyra is too much!” one fan wrote in a post. “Who made this this awful decision? Bring Tom back!!!!”

Tonight's the night 🤩 Put on those dancing shoes for a night of #DWTS at 8|7c on ABC!

Many DWTS viewers said they watched the show for so long that it doesn’t feel the same. Tom hosted over 400 episodes of the long-running series since 2005. Erin was part of the series since 2014 for 11 seasons.

“I just can’t with her and her fake voice,” another user wrote. “She makes no sense in this show. I’ve been watching since season 1, and you need to bring Tom back.”

“Alright, hun- let’s just remember that you’re the host and that the show is about the dancers, not you,” one blunt fan wrote on Tyra’s recent Instagram post. “So let’s leave the bs about your modeling days and ‘smizing’ at the door, we already know 😉.”

Why did Tyra Banks decide to host DWTS?

Back in July, Tyra Banks revealed in a recent statement that she wanted to “continue the legacy.” Not only is she host, but she’s also the executive producer, which explains some of the changes that took place on Monday night. While Tyra never considered hosting the show before, she revealed that the network reached out to her long before the nationwide racial protests took place in June.

“Tom Bergeron is a genius host, a comedic host,” Tyra explained to Glamour. “I had to make sure that I could bring something new, [while] respecting what he’s already done. And that I could really bring my audience to the show.”

What are your thoughts on Tyra hosting DWTS? Were you disappointed as well? Sound off below in the comments section.