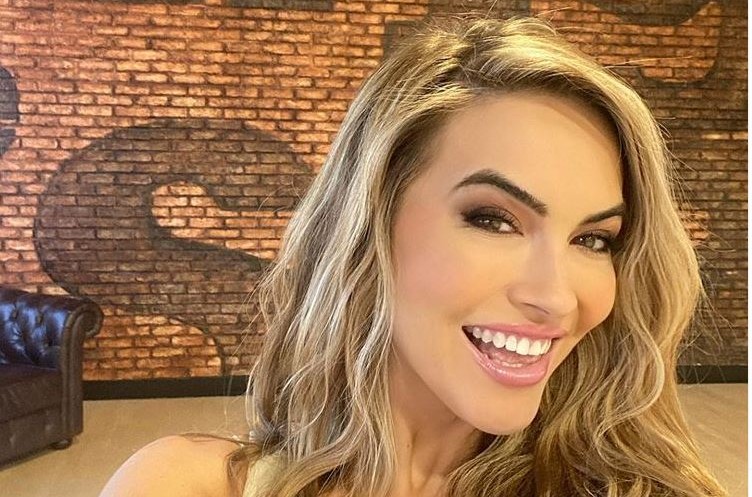 The much anticipated premiere of Dancing With the Stars is tonight and Chrishell Stause is ready to dance her way to the top. Little hints are surfacing about tonight’s performances. Nobody knows who the celebrities are officially partnered with, but there have been some guesses. So, what has Chrishell shared about tonight?

What will Chrishell dance to for premiere night?

It has been revealed that Chrishell will be doing the Tango to “Raise Your Glass” by Pink. She went to Instagram to share the meaning behind the song she will be performing. She said, “This song is an anthem for anyone that has ever felt like a misfit with whatever they have going on in their life. It’s all about embracing your imperfections and that’s something I can definitely toast to!”

Chrishell continued on saying, “Also, with this year we could all really use a drink. 🤪 If you can’t tell, I am a Pink STAN 1000000%! Always inspired by her even if I couldn’t think of anything intelligent to say when we met. 🤦🏻‍♀️Ha! I may not nail every step, but as she famously says, “You gotta get up and try try try.” 💃🏻Ahhh!!#DWTS #Sept14 #Cheers #Pink.”

It has not been announced which pro dancer will be paired with Chrishell. She did say today in an online interview that of all muscles that ache, her neck hurts the most right now. Fans can’t wait to see this lovely lady hit the dance floor tonight.

Had a dancing breakthrough today! I think my brain finally started communicating to my extremities!! Lord thank you for blessing my partner with endless amounts of patience! 🙏🏼😆💃🏻 #DWTS #dancingwiththestars #spindoctor Premiers Sept 14th!

What are her plans for after the competition and could they include The Bachelorette?

Entertainment Tonight asked Chrishell about the possibility of wanting to be The Bachelorette. And, it looks like fans shouldn’t count on the Selling Sunset star to be handing out roses anytime soon. Remember, she’s single now following her divorce from This is Us star Justin Hartley.

She said, “As far as another ABC dating show… a girl’s just trying to make something work, so let’s not put any more pressure on it than needs to be. I don’t think that would be the right avenue for me.”

She did admit she is slowly getting back into the world of dating. Chrishell said, “I certainly appreciate the conversations I’ve had. Technology is amazing, I will say. Like, all of a sudden you’re meeting people that you’re like, ‘Oh my God! That’s so fun!'”

Who knows, perhaps she will change her mind in the future. In the meantime, don’t miss Chrishell dance her heart out on the premier of DWTS tonight on ABC.