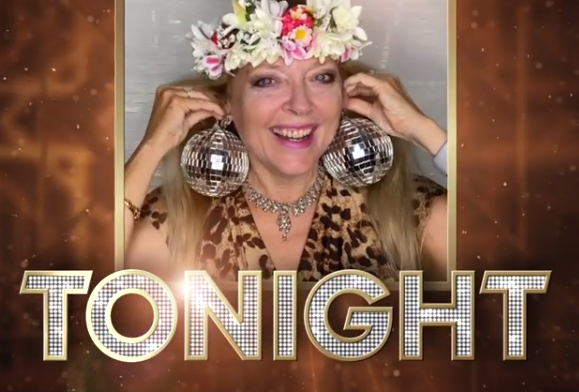 Are you excited? The Dancing With The Stars Season 29 premiere is just a few short hours away! The show is keeping a few things quiet until the episode airs. For example, we won’t know the pairings until tonight. But in the meantime, they gave fans a few more exciting leaks to get everyone pumped up.

We now know the first dances and songs each celebrity will perform.

These stars are dancing it out TONIGHT on #DWTS at 8|7c on ABC! 🌟

Fans a few days ago that Carole Baskin’s first song will be Survivor’s “Eye of the Tiger.” However, we recently learned her dance will be the Paso Doble. Baskin has no prior dance experience, so it will be interesting to see if she can pull it off.

Nelly gets to perform a Salsa routine to his own song, “Ride Wit Me.”

But he isn’t the only one tackling this dance style tonight. Charles Oakley will also Salsa to “In Da Club” by 50 Cent and Jeannie Mai will dance to Taylor Dayne’s “Tell It to My Heart.”

If you’re a Netflix watcher, you can get excited about Monica Aldama from Cheer and Chrishell Stause from Selling Sunset competing. Monica will do the Foxtrot to “My Wish” by Rascal Flatts and Chrishell will Tango to Pink’s “Raise Your Glass.”

Like Monica Aldama, Catfish‘s Nev Schulman and football star Vernon Davis will tackle the Foxtrot. Nev’s song is a classic: Frank Sinatra’s “The Way You Look Tonight.” Vernon Davis will perform to “All of Me” by John Legend.

Rumors swirl around Backstreet Boy AJ McLean. According to reports, he’s definitely a ringer. There’s no doubt in fans’ minds that his experience in a boy band gives him an upper hand on the dance floor. He will perform a Jive to “Blinding Lights” by The Weeknd.

Actor Jesse Metcalfe and his partner will Quickstep to Stevie Wonder’s “Part-Time Lover.”

The Cha Cha is definitely a popular style for the opening night — four celebrities will compete with it. Olympic figure skater Johnny Weir will Cha Cha into viewers’ hearts with a spicy routine to “Buttons” by The Pussycat Dolls.

Anne Heche will Cha Cha to “Don’t Start Now” by Dua Lipa, while Justina Machado will perform to “Respect” by Aretha Franklin. The Bachelorette‘s Kaitlyn Bristowe is the fourth celebrity to attempt the style. Her performance is set to Lady Gaga’s “Stupid Love.”

Don’t forget to tune in to the premiere tonight. Dancing With The Stars returns at 8 PM eastern time. Which routine are you most excited to see? Leave your thoughts in the comments below. We can’t wait to see what this season has in store.

Jill Dillard Keeps Instagram Comments On Amid Josh Duggar’s Arrest
‘When Calls The Heart’: Elizabeth Explains to Lucas Why She Left With Nathan
Adam Busby Claims He Had A ‘Heck of A Week’ With Danielle Away
Duggar Cousin Amy King Shares Statement About Josh’s Arrest & Charges
Josh Duggar Hires Former Prosecutor And High-Profile Crimes Attorney