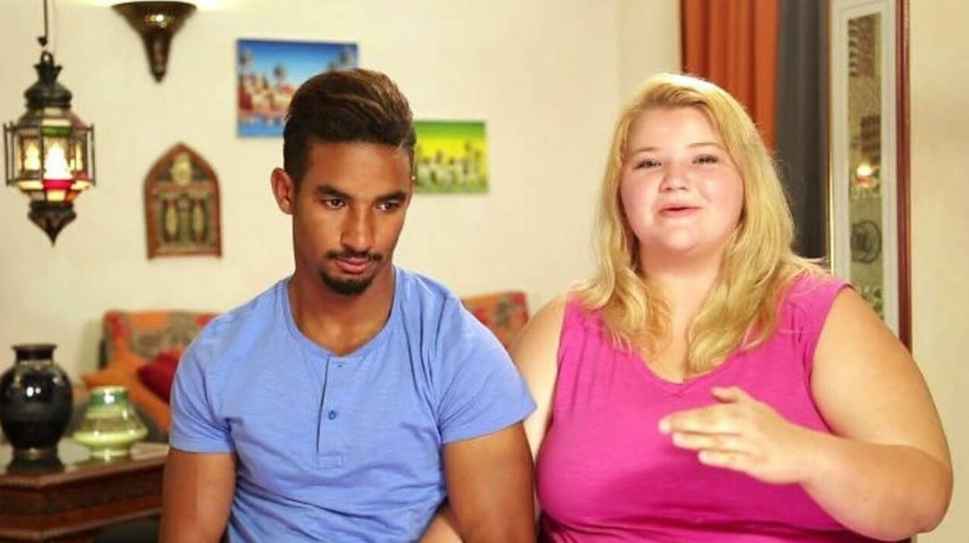 After spending time stuck in Morocco with her love Azan Tefou (real name Hassan M’Raouni), Nicole Nafziger reveals that she and Azan are open to having children. However, this can only happen when they take their relationship to the next level. The TLC alum opened up in an Instagram Q&A on Friday to speak to her fans.

Nicole, 26, opened up in the September 11 Instagram Q&A to say how excited she is to hopefully give her daughter May a brother or sister. She said not now, but “sometime in the future after marriage.” She wrote that she and Azan would love to expand their family.

In the Q&A, Nafziger confirmed that she and Azan are still going strong. She told one follower that she is hoping to move to Morocco at some stage. One follower pointed out how lucky the Moroccan native was to have Nicole in his life. To this, she responded, saying she feels just as blessed to be in a relationship with Azan.

Speaking of their long-distance relationship, the 90 Day Fiance star wrote: “He is lucky,” with a smiley emoji. “But I am also lucky. He treats me so well. We are great. The distance is hard again, but it won’t stop us.” Saying how beautiful Morocco is as a country, Nicole hinted that she and Azan could eventually start their family together there.

Back on the TLC reality show sometime?

The TLC reality alum also went on to hint that she might not be finished with the 90 Day Fiance franchise. While at present, her time on the show is over, she says nothing is set in stone. Nicole was also asked what she has learned from being on the TLC show. She wrote that it forced her to realize things about herself.

Nicole said, “No matter the mistakes I’ve made or my crazy moments I always try to be a kind, understanding and caring person. [90 Day Fiance] shows a very emotional side of my life, but that isn’t who I am as a whole person.”

As noted by In Touch, Nicole and Azan have now been together for almost five years in a long-distance relationship. In March, she decided to fly to Morocco to be with him. However, due to the COVID-19 pandemic and Morocco’s strict lockdown, she became stuck in the North African country. Nicole said they enjoyed the time together as a couple, but she missed her daughter May dearly.

While 90 Day Fiance fans criticized her for staying away from May, her mother looked after her daughter in Florida. Since then, May constantly tells Nicole that she wants to travel to Morocco to be with Hassan. She wrote that just as her bond with her Moroccan boyfriend has grown, so too has the bond between him and May grown.