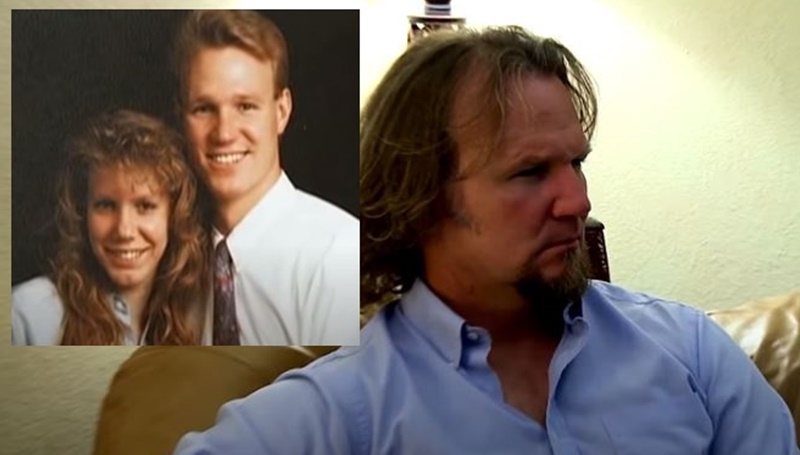 Sister Wives ended the last season with Kody and Meri trying to sort out their relationship again. They went off to see a therapist and Kody felt almost conned into marrying her. In fact, he regretted marrying her in the first place. But, did he always feel that way?

We reported that as a young man, Kody got introduced to the polygamous faith. Not born into it, he met Meri through her sister. And via the church, that meant that he and Meri could marry, and entertain the idea of more wives.  In fact, all three of the other wives connected in one way or another with Meri. That involved Robyn who Meri recommended to Kody. We noted that after “a whirlwind romance, the couple married about six months” after they met.

In early Sister Wives episodes, Kody talks about how he was all for Meri. He described her a rather hot and the “bait.” The TLC show introduced the idea that he saw her, got smitten, fell head over heels in love, and married her as fast as he could. So how come, all of a sudden in Sister Wives last season, he regretted marrying her? The Sun recalled the episode with the therapist where he felt conned.

From the sound of things, Kody nursed resentment for years after he married Meri. Actually, it turns out that he didn’t marry the woman of his dreams after all. Kody said, “Meri mourns the loss of what we had… I regret what we had.” Well, nobody regrets something they enjoyed. Elaborating, Kody added, “I feel like I was deceived into a relationship that was very different than what I expected. Meri and I had a fast courtship with a lot of expectations and a lot of not communicating.”

But the question is, when did he start feeling pressured? Was it long ago during their”whirlwind” romance? Or did that feeling grow slowly over the years? Well, a jolly good hint came in Becoming Sister Wives: The Story of an Unconventional Marriage. In the book, Meri actually mentioned that she felt really devastated at one stage. Not yet married, Kody told her that he’d like to be her a “friend.” So, he seemingly felt at least once back then that they were rushing things.

Kody took it slow with Christine

Perhaps because of the pressure to marry Meri, Kody took things way slower with Christine Brown. In fact, we noted that Christine practically proposed to Kody. It came after years of hanging her heart on her sleeve. But, at one stage, he told her she’d make some other guy a great wife one day. It seemed like Kody preferred Christine as a friend as well.

Ironically, now married to four women, Janelle describes Kody as a “friend.” Maybe deep in his heart, Kody now really regrets converting to the church that encourages multiple Sister Wives. He felt pushed into marriage with Meri. Certainly, Christine pushed him into marriage. And, Meri pushed Robyn towards Kody. In a better world, perhaps, he and Janelle might have become more than friends without all the other wives around.