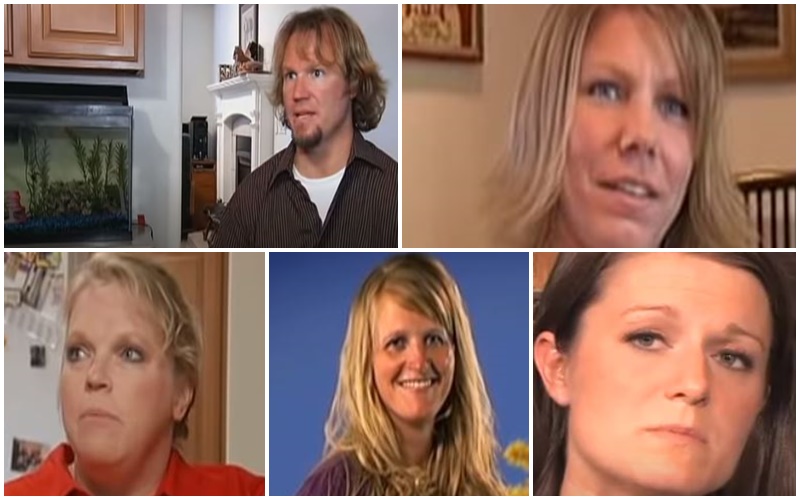 Sister Wives fans often wonder how Kody Brown managed to attract four women into marrying him. Two of them, Meri and Christine came from polygamous backgrounds, so it’s understandable they entered into a plural marriage. But what about Robyn and Janelle? How did Kody find them?

TLC first brought Kody Brown to our TV screens about ten years ago. That means that many of today’s fans were still kids when the show started. In-between seasons of the show, some fans wonder how Kody met each one of his wives. Actually, it seems there’s a common denominator. And, it’s not polygamy in each instance.

Meri Brown and Christine both came from plural families. Meri, as fans of Sister Wives know, was Kody’s first wife. She came from such a large family of plurals that she never really thought about marrying into a single marriage family. And, if Kody never converted to the faith, he might have lost out. Meri and Kody met via his sister and later attended church functions with him. After a whirlwind romance, the couple married about six months later.

Redditors talked about Janelle Brown and she got involved with Kody. It turned out that she actually met Meri’s brother and married him first. It’s important to note that not all LDS mainstream church members are part of the polygamous culture. Meri’s brother joined the church that didn’t take extra wives.

Janelle Brown and Meri’s brother didn’t remain married for long and split. She liked Kody a lot and actually converted to polygamy so she could marry him. But, her mom seemed very suspicious and worried her daughter might marry into a cult. However, she met Kody’s dad, converted to the faith, and actually ended up marrying him before Kody and Janelle tied the knot.

Christine and Kody got married 26 years back. But, she hankered for Kody so badly way before he met Janelle. Today, she suggests she didn’t marry Kody before Janelle because she didn’twanted to be a third wife. But, it seems Kody didn’t get the message, as she desired him years before. She met Kody after her sister met Meri on a youth outing with the church.

Kody liked Christine, but it seemed he never really viewed her as marriage material. In fact, he admired her strength and even told her she’d make some guy a good wife one day. But, not him. Well, with her mom coming from a polygamous lifestyle, Christine had nobody stopping her marriage but Kody. So one day at Kody’s birthday party she pretty much proposed to him. TLC notes the Sister Wives star, “Out of all the guys I know, you are the one I want to marry.”

Robyn Brown suggested by Meri to her husband

In an early episode of the show, Meri told the cameras that she liked Robyn. In fact, so far, you might note that Meri seemed the common denominator in all of the marriages. Fans think Robyn usurped Meri. But she pushed Kody towards Robyn after they met her at a friend’s house. After they realized she wasn’t married, Meri clicked with her. Robyn was divorced at the time.

On the way home, she told Kody “you might want to think about her.” It seems Meri felt comfortable with the idea of Robyn as a fourth wife from the first time she met her. Robyn later said that when she met Kody, she met her “soulmate.”

Ironically, Meri seems the common denominator in the wives who married Kody. Yet, she’s the one that seems furthest away from him these days.