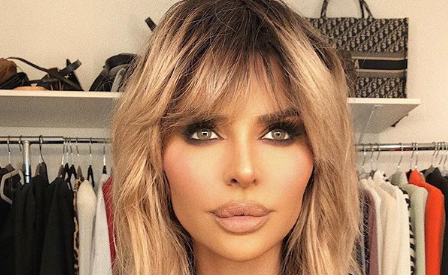 By now everyone has the news Denise Richards will not be returning to the Real Housewives of Beverly Hills. Fans are quick to put the blame on the other housewives, especially Lisa Rinna. Bravo had posted that they’d love having her on the show and thanked her for two great seasons.

Twitter lit up with fans arguing about why she was leaving. Those who supported Richards immediately started going after Lisa for not being there for her friend. One said, “Lisa Rinna was so nasty to Denise this season. No wonder she decided to leave. Rinna needs to get fired!”

Lisa Rinna Called Denise Out During The Reunion

According to The Blast, Lisa Rinna called Denise out during the reunion. The stars thought it was nuts Denise had allegedly stopped Brandi Glanville from being able to attend the reunion. Erika brought up that Denise had liked a tweet that said Lisa Rinna should be fired.

Denise maintained she liked the tweet by accident. Lisa fired back, “you did it in a public forum. You liked a tweet like that that was so vile and so nasty, you knew exactly what you were doing.” She said because Denise got called out was the only reason she removed it. Denise posted a picture of herself in a mask saying she was trying to get home. She also mentioned it was her anniversary. One fan posted on her Instagram, “Happy anniversary! And you rock, keep your head up and don’t let mean girls get to you.”

The Fans Also Thought The Other Girls Were Mean

In addition to Lisa Rinna, they also thought the other girls were unfair to Denise. One tweeted to Denise, “I watched in horror at the b****** Rinna and Kyle made you LVP of last year when this crap broke you should have said not your fing business. They love this Rinna old tired bag dissing her girls Kyle ridiculous looking Teddy lying powder puff.” The fan clearly typed in a hurry and was upset but got her point across.

Another follower posted on Lisa’s Instagram, “’m starting not like you on that show. Why go after Denise? It’s not Kyle or your business what Denise does.” Another said, Bravo fires @DorindaMedley but keeps @lisarinna and @KyleRichards two mean girls for three seasons now? @Andy this housewives was to be fun, not your favorite friends?” They called Andy out for just keeping the housewives he personally liked on the show.

Meanwhile, Denise has kept busy posting on her Instagram about filming, “Glow and Darkness,” in Spain. Denise will be filming in Italy, France, Morocco, and Egypt as well according to People. The third part of the reunion airs next week, so most likely, there’s still a lot of drama to come.

‘Prison Break’ Wentworth Miller Reveals Autism Diagnosis, Overwhelmed By Support
Amy King Teases That Jill Duggar May Be Working On A Tell-All Book
Josh Duggar’s Arrest May Not Be The REAL Reason ‘Counting On’ Is Over
Meri Brown Gets Cryptic About ‘Being Broken,’ Is She Alright?
Suki Waterhouse Defends Relationship With ‘Twilight’ Star Robert Pattinson