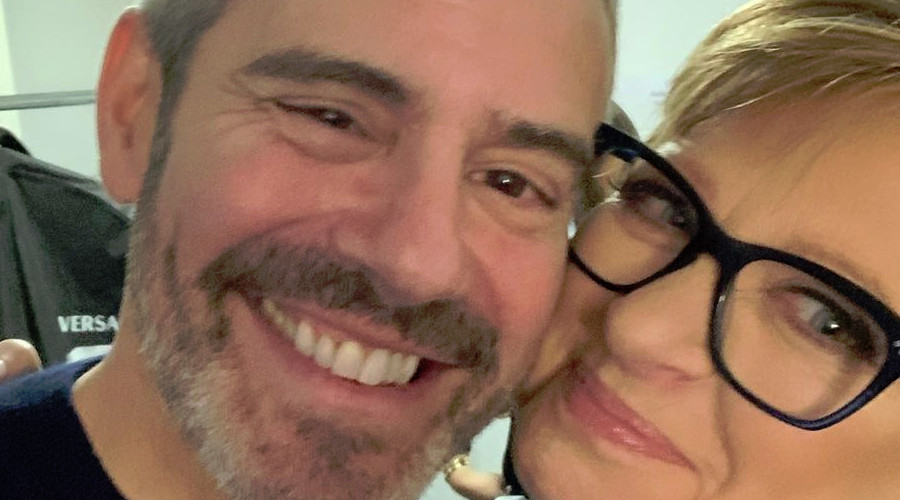 These days it seems like Bravo’s Real Housewives franchises have a revolving door. It’s been almost 15 years since Andy Cohen and Bravo brought us The Real Housewives of Orange County. Other cities quickly followed. A few cities, such as D.C., never made it beyond one season.

As a Bravo executive and host of the reunion shows, Andy is familiar with the ladies from every franchise. He recently opened up about which ones made a lasting impression.

Andy is the host of Bravo’s Watch What Happens Live. The show stopped taping new episodes last month due to the coronavirus pandemic. However, Andy started filming the show himself from his apartment in NYC. Guests appear remotely via Zoom.

On the April 9th episode of WWHL, Andy was joined by RHONY’s Sonja Morgan and Bravoholics (and podcasters) Casey Wilson and Danielle Schneider. During the show, Casey and Danielle were allowed to ask Andy and Sonja four questions.

The Happy Endings actress asked Andy which of the former Real Housewives he misses the most. Andy had three answers for her.

His first choice was Lauri Peterson, from RHOC. She was a full-time cast member for the first four seasons.

Andy said that Sheree makes him “very happy” and that he will “always miss her.

Bravo TV notes that many of the previous seasons of Real Housewives franchises are available on their website or the Bravo app. Hulu also has many of the shows, including Vanderpump Rules.

Andy Spotted Out and About in NYC After Battling Coronavirus

The return of WWHL was delayed a week because Andy was fighting coronavirus. The Bravo host was already in isolation at home with his son at the time of his diagnosis. However, once he got the positive test results, he quarantined away from his son.

Andy is on the mend now, but he is still self-isolating at his apartment in NYC. CNN anchor Anderson Cooper stopped by outside Andy’s window for a social-distance visit, TV Shows Ace reported.

The Bravo host posted a cheeky photo of him on a “wine run” in NYC in slippers and a mask.

Is it wrong that my wine run in my slippers yesterday was one of 3 of my day’s highlights? (The others were playing with Ben and…. I can’t think of a third actually.) (📸; @elderordonez1)

Tell us in the comments which Real Housewives you miss the most.