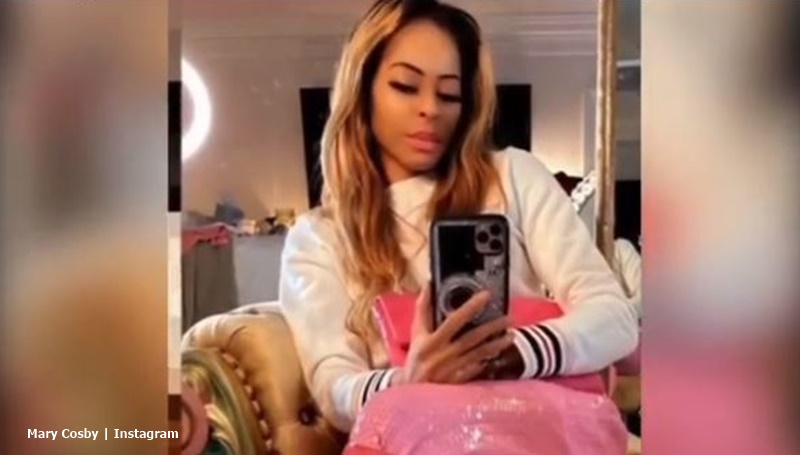 Real Housewives of Salt Lake City is new to the Bravo franchise. And fans heard about it from Andy Cohen back in May. The show premieres on November 11. It will introduce six women. The cast features Lisa Barlow, Mary Cosby, Heather Gay, Meredith Marks, Whitney Rose, and  Jen Shah. Today, we turn our attention toward Mary Cosby. Turns out, Mary Cosby married her grandma’s second husband.

We reported that Andy Cohen talked about RHOSLC. At that time, he said they filmed the first season of the new show. But, no details of the cast emerged. Now, the first teaser dropped. And People carried all the cast details. The outlet notes that Jen Shah left the Mormon church and is “converting to Islam.”

Meanwhile, “Meredith Marks is Jewish.” Then, Lisa Barlow belongs to the Mormon church, but she’s also Jewish. Whitney Rose left the Mormon church which is apparently a big thing in her life. It seems like drama and frenemies follow the group of women in Real Housewives of Salt Lake City. Apparently, Meredith and Mary Cosby don’t get along. Mary’s interesting as she married her late grandma’s second husband.

Naturally, like the entire cast of the Bravo franchise, these women represent a lot of personal wealth. Yahoo noted that Lisa Barlow owns “a marketing company.” Jen Shah outdoes Lisa as she runs “three marketing companies.” Whitney owns a “skincare line.” Then, Meredith reveals her talent by designing celebrity jewelry.

Heather Gay owns a Med-Spa Business. And, Mary Cosby owns “churches, restaurants and more.” But, Yahoo notes that she only got those after she married her late grandmother’s second husband. Robert Cosby Sr and Mary have a teenage son and they married twenty years ago. As the outlet notes, “You can’t make this stuff up.” Certainly, the Real Housewives of Salt Lake City looks very interesting.

Over on Twitter fans started talking about the show already. One person noted, “Bae just showed me some trailer for the new housewife show & all I can think is…’Them some hard looking bitches.” In a poll, 80 percent of people expressed their thumbs up for the teaser. And about 50 percent said they plan on tuning in to watch the show.

I wish I knew how to find a tweet but I told you all I was at #Sundance2020 and they were shooting a scene for the #RealHousewivesofSaltLakeCity it was a fake Fashion show. #RHOBHReunion #RHOBH

One yet to be Real Housewives of Salt Lake City fan noted, “Are the new #Realhousewivesofsaltlakecity going to be married to the same guy?!!! And was there not more interesting places than Mormon land? How boring!”

Well, it certainly looks these women are bound to bring plenty of drama to the winter months! What did you think of the news that Mary Cosby married her own “grandpa?” Sound off your thoughts in the comments below.

Wondering Where Sonny Is On ‘General Hospital?’ Maurice Benard Speaks Up
‘Bold and the Beautiful’: Hope Cuts ‘Liar’ Steffy Down To Size
‘Below Deck’ Alum Josiah Carter Has A New Title
Witney Carson Discusses Road To Recovery Following Childbirth
Surprisingly, These ‘Married At First Sight’ Couples Are Still Together