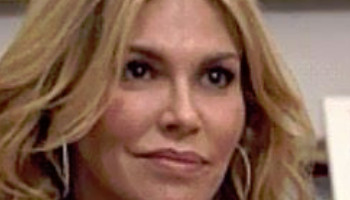 Bravo executive and Watch What Happens Live host Andy Cohen is dishing all things Real Housewives. He offers inside info about how much your favorite franchises filmed before production shut down. Plus there’s a new franchise on the way: The Real Housewives of Salt Lake City.

Andy also lets fans know when they can expect to see Brandi Glanville appear on The Real Housewives of Beverly Hills Season 10.

How Far Into New Seasons Did The Real Housewives Franchises Get Before Quarantine?

In mid-March, the production crews for most television shows are forced into a shut down by stay-at-home orders. As a result, many networks had to cut the season short, making do without the planned, but not filmed, season finales.

Similarly, Bravo’s Real Housewives franchises due to air later this year but in the process of filming were halted. While speaking to Entertainment Tonight, Andy explains where each show was in production. He says,

Dallas [RHOD]  was just about to shoot, Jersey [RHONJ] had just started shooting, so there’s obviously been a pause. O.C. [RHOC] was kinda in the middle of their season almost, so there’s been a pause.”

Bravo doesn’t plan to scrap the footage of RHOC that’s already been filmed. However, he admits that some of the cast is self-filming, which TV Shows Ace reported on earlier this month.

The Real Housewives of Potomac was supposed to start in early May. However, the show pushed it back until summer for two reasons. First, so the editors have time to organize the footage. Secondly, so that Bravo viewers don’t run out of shows to watch.

What About The Real Housewives of Salt Lake City?

The Real Housewives of Salt Lake City’s first season is in the can, Andy reports. He announced the new franchise in November at the BravoCon fan convention. Bravo hasn’t officially released the names of the cast, or really any other details.

However, while speaking to ET, Andy teases that the show will premiere soon. He encourages fans to “watch” his social media for an upcoming announcement regarding RHOSL (RHOSLC? They haven’t even announced the initials.)

Brandi Glanville Returns to Bravo Soon, But When?

Season 10 of RHOBH largely revolves around the rumor of an alleged affair between Denise Richards and Brandi Glanville. While Denise has denied the affair, encouraging viewers to watch it all play out on the show, Brandi denies lying about it.

Episode 6 of RHOBH aired earlier this week. Each season of The Real Housewives typically has around 22 episodes. However, Andy reveals on ET that fans won’t have to wait too much longer for Brandi.

The WWHL host says that Brandi shows up in episode 10 of RHOBH.

While the group filming is done, Andy reveals that the RHOBH ladies are “self-filming” their confessional interviews

Tell us in the comments if you plan to check out The Real Housewives of Salt Lake City. Watch Andy’s full interview with ET below. w