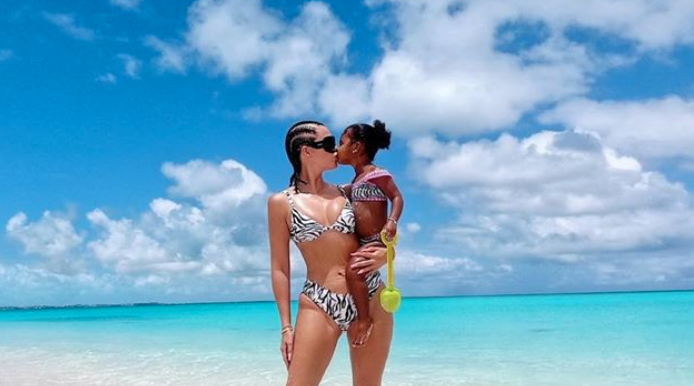 Khloe Kardashian is not happy. Her mom ended Keeping up with the Kardashians and apparently, Khloe doesn’t approve. After all, KUWTK has been around almost her whole life.

Khloe Kardashian and Scott are mad

Khloe isn’t the only one that’s upset that the show is ending. Apparently, Scott Disick is also devastated about the announcement, The Sun says. There are a few different reasons the show may have ended, however, these seem to be the two most impacted. For Scott, this could cause a whole lifestyle shift.

“And who knows how Scott will make money now the show is being canceled – he loves flying in private jets and being treated like an A-list star. I can’t see him flying commercial or paying his own way.”

Scott has been in so many episodes of KUWTK it’s understandable that he would be sad. He really seems to be part of the family.

Apparenlty, Khloe has tried to make several spin-offs, however, none have really taken off.

“The only people who are upset are Khloe, and Scott Disick,” a source says.

“Khloe’s tried to launch several spin-off shows – but none of them have been as successful as KUWTK,” they add.

I am so grateful and thankful to everyone who has supported us and been there through it all. I’m too emotional to fully express myself at the moment. My sappy post will come soon. Change is hard but also needed at times❤️💔❤️💔 I love you all. Thank you for the memories!

Will there be a spin-off

Well, there’s no official news yet. However, they haven’t decided against it officially. Honestly, it sounds like maybe Scott and Khloe should have their own show since they are both so passionate about it. They are a couple of the most entertaining people on the show after all.

“I don’t know the answer to that,” Ryan Seacrest says. “We have not crossed that bridge yet. I do know that the family is so grateful for having the opportunity at E! and having people ride along with them through relationships, and pregnancies, and separations, and breakups.” He continues, “I mean it’s pretty cool to see that they have been so vulnerable and open and people have ridden along.”

It sounds like, despite Khloe and Scott caring the most, this was a hard decision for everyone. Maybe that does mean this isn’t the last fans will see of the Kardashian family. If nothing else, at least they will always be on social media for everyone to follow their lives.

Do you think there should be a KUWTK spin-off? Let us know if you would watch and who would be in it in the comments below. Come back to TV Shows Ace for more news on the whole Kardashian family.